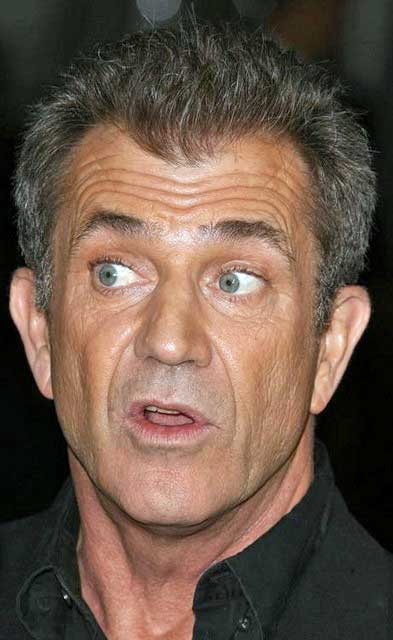 He's on the edge of darkness.

Rage, mixed with misogyny and racism is just too grotesque to be ignored.

Especially when it comes from someone like Mel Gibson.

Recently Gibson’s girlfriend released a 30-minute tirade by the actor-director in which he told the mother of his infant daughter that “if you get raped by a pack of niggers, it will be your fault.”

This after Gibson was stopped four years ago for drunken driving during which he unleashed an anti-Semitic rant at the arresting officer, claiming in one slur that, “Jews are responsible for all the wars in the world.”

At that time several Hollywood prominents called on the entertainment industry to shun Gibson, but less than five months after his arrest he was back on top of the box office with Apocalypto, earning three Oscar nominations and US$120 million worldwide.

Indeed, Gibson seems unscathed by his bigotry. He went on to act in Edge of Darkness and will soon appear in the Jodie Foster-directed film The Beaver. Another movie, How I Spent my Summer Vacation is scheduled for release next year.

He has many Hollywood friends who think that he should be exonerated. They have apparently forgotten that justice is blind, that the law applies to all and sundry, rich or poor, smart or stupid.

Gibson and Polanski are not alone. They are in the same company as the racist DW Griffith, the anti-Semitics Louis-Ferdinand Celine and Ezra Pound and Nazi filmmaker Leni Riefenstahl – all scoundrels who were “artists.”

Art critic Clement Greenberg once said “I am sick of the…silliness which condones almost any moral or intellectual failing on the artist’s part as long as he is or seems a successful artist. It is still justifiable to demand that he be a successful human being before anything else, even if at the cost of his art.”