Inception: Old Farts don’t Get It 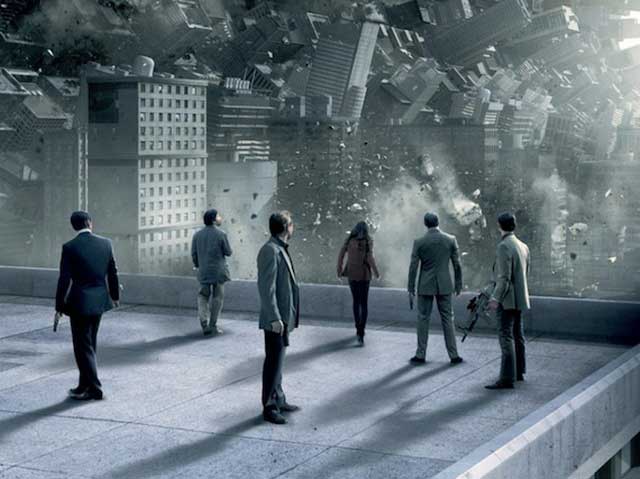 Is it a case of gamers versus geezers?

The other day I was talking to an old Hollywood hand who was astounded by the runaway success of Inception. It turned out that he’d seen the film on its opening weekend in a private screening room with a number of industry elder statesmen, including at least two former studio chiefs and a couple of their young offspring.

After the movie was over, the industry elders were shaking their heads in disbelief, appalled by the film’s lack of clarity, having been absolutely unable to follow the film’s often convoluted story.

But before anyone could register their complaints, one of the younger people on hand, flush with excitement, praised the film to the rooftops. To him, it was such a thrill ride that if the projectionist could show the film again, he’d sit through it again right away.

Clearly Inception has struck a deep nerve with moviegoers. From the moment Inception was released, it was obvious from polling data that the movie had created both a critical and a generational divide.

Some critics have raved about the film’s originality while others have mocked its excesses. If you were a young moviegoer, you loved the visually arresting puzzle-box thriller. But the older you got, according to polling data, the more likely you were to detest the film’s run ‘n’ gun, dream-within-a-dream complexity.

Goldstein goes on to say that if Inception plays especially strongly with a young audience, it’s probably because they instinctively grasp its narrative density best, having grown up playing video games.

He quotes Henry Jenkins, who’s a professor of communications, journalism and cinematic arts at the University of Southern California who said “When it comes to understanding Inception, you’ve got a real advantage if you’re a gamer. Inception is first and foremost a movie about worlds and levels, which is very much the way video games are structured. Games create a sense that we’re a part of the action. Stories aren’t just told to us. We experience them.”

Even though the density of Inception can be off-putting to older moviegoers, it’s a delicious challenge for gamers.

According to Jenkins “With Inception, if you blink or if your mind wanders, you miss it, You’re not sitting passively and sucking it all in. You have to experience it like a puzzle box. It’s designed for us to talk about, to share clues and discuss online, instead of having everything explained to us. Part of the pleasure of the movie is figuring out things that don’t come easily, which is definitely part of the video game culture.”