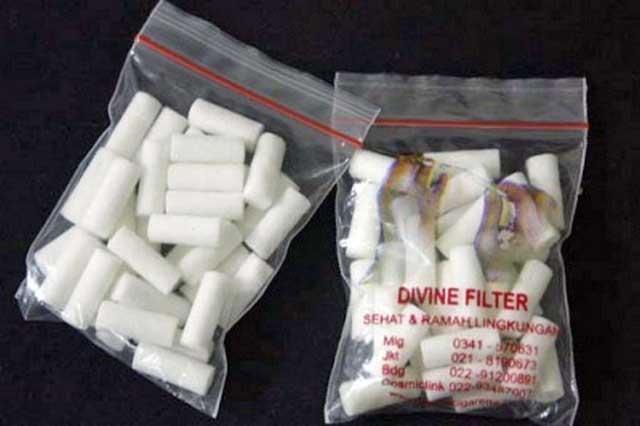 Most of us would raise more than our eyebrows upon hearing that cigarettes can be good for one’s health. Entire generations of Singaporeans have been raised thinking that smokers are losers and that smoking is responsible for all kinds of ills. This despite the fact that cigarettes are not banned and the government collects an obscene amount of tax from tobacco products.

I was therefore intrigued that an Indonesian “nanochemistry scientist” is claming that that she is treating thousands of cancer patients in her clinic with cigarettes.

Maybe it’s the culture there – Indonesian clove cigarettes have always been touted as cures for coughs and whatnot and 71-year-old Greta Zahar, who holds a PhD in nanochemistry from the Bandung-based University of Padjadjaran, has been researching and developing specially treated cigarettes and cigarette filters, which she dubs the Divine Cigarette and Divine Filter, for more than a decade.

She claimed to have developed a detoxification process called balur treatment, which uses smoke from Divine Cigarettes as a conduit to capture and extract poisonous metal such as mercury from the body – a process she believes can be beneficial in treating cancer and several other diseases.

She claimed that her clinic, Griya Balur, in East Jakarta, has treated more than 30,000 patients, mostly stage three-to-four cancer sufferers, since 1998, she said. Not all patients can be helped and not all complete the full treatment.

However, according to her, there are several outstanding cases in which patients in the late stages of cancer have significantly recovered after going on the treatment.