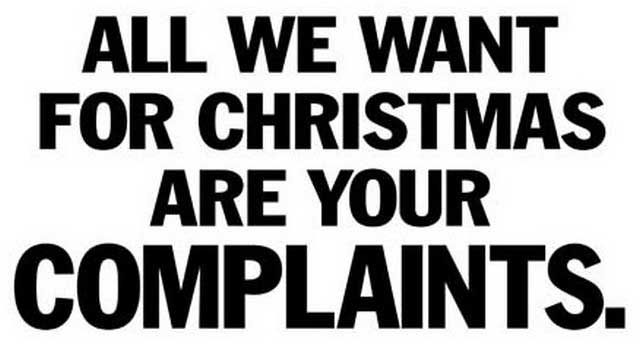 Joe Queenan wrote in The Wall Street Journal earlier this month that in the US, the National Basketball Association has instituted a ban on whining. If a player whines about a foul call, either by rolling his eyes or punching the air or waving his arms in utter disbelief or making any theatrical gesture that seems to belittle the official, he will immediately be slapped with a technical foul.

Should he protest that punishment, or whine about a different call later in the contest, he will be hit with a second technical foul and thrown out of the game. What’s more, if a teammate whines about the call that the original player whined about, he too will be given a technical foul, presumably for collusive tetchiness.

The reason for the ban is twofold: to increase respect for officials, and to put an end to the epidemic of histrionic whining that has plagued the league for years.

Wouldn’t it be nice if Singapore implements an across-the-board no-whining rule?

As a habitual whiner I would find it rather constricting, because I find whining rather cathartic. But we are fast becoming a nation of whiners and banning it is a thought worth some consideration, really.

Not happy that retirement age may be raised to 68? Well, zip it, pal, because nobody else can either. Financially underwater because one of you got laid off? Shuddup; nobody told you to take out three mortgages on your first house so you could buy two more. Diarrhea from raw oysters? Who put a gun to your head forcing you to eat them? Why continue to eat them especially when you know you’ll get the runs? Won’t you learn from prior experience?

Whining has become such an accepted mode of behavior in Singapore that the instinctive reaction to any problem, great or small, is to whine. Just look at the letters written to the press by all those retards. A more productive approach would be to do something about it. For example, everyone bitches and moans about the PAP, yet they vote the Party back into power, election after election. What frigging hypocrites Singaporeans are!

Bothered by smokers? Don’t grumble and pout and ask for smoking to be banned. Instead use your brains and look at the facts. Smoking, for example, does not directly cause many of the ailments claimed to be caused by smoking.

Sure, fight for smoking to be banned if you are willing to pay a couple thousand bucks more of income tax. (At 12 bucks a pack of cigarettes, just calculate the obscene amount of tax collected.) By the way I am not a cigarette smoker but come on, let’s be fair to people – unless you don’t mind the authorities banning cars that use petrol or diesel, or fat pork or butter or beer next –  after all a recent British medical study (Lancet, November 1) did say that alcohol is many times more harmful than tobacco or drugs.

The right to make decisions, to make choices, to exercise free will, is a basic human right. We need to speak up for the freedom of people to exercise these rights, even if we ourselves are non smokers.

Remember the words of the Rev Martin Niemuller, Protestant minister and concentration camp survivor from Germany: