Why I Never Sit Around Waiting for Free Meals

2010. She begged me to conduct a teambuilding workshop for her department.

I was busy, my calendar was full.

Seeing that it was for the good of the circus,  and being such a pushover, I obliged.

She was just a colleague, a mere acquaintance at best; I’ve seen her in one of my seminars, that was the extent of our relationship.

What to do when a woman begs?

Amazing how people can lay claims like that when they need you.

The bombshell came after the workshop was over – she had no budget to pay for my services. (Though it was an internal gig, interdepartmental billing was expected, moreover I had to fly to a locale outside Singapore to do this and there were travel costs involved.)

“I’ll buy you lunch,” she promised. And left me to explain to my bosses why I had given the store away.

“Who the hell gave you the authority to do pro bono work?”

Reamed me good and proper.

But in July 2011 when she heard I was leaving, she contacted me and said “We must do that lunch before your last day here.”

Funny how people forget you so easily when you’ve outlived your usefulness.

In the beginning of 2012, suddenly she remembered me.

The first thought in my mind wasn’t “Wow now I get to eat that free lunch” but “Alamak, does she need a favor again?”

Call me a cynic.

So there was a furry of emails and text messages arranging lunch.

It was changed to breakfast.

It was changed back to lunch.

It was scheduled for a weekday evening.

(All that communication was stretched over a period of months using email and SMS.)

It was scheduled for a location near her office.

(Seriously with so many Indians there – at least 10,000 – they should re-name it Chennai Business Park.)

I requested to meet in town instead.

I am after all, an Orchard Road type of a guy.

“Anything for you, dear,” she purred.

Lunch to be on a Saturday now.

But she never come back with a date.

Silence for a while.

How about breakfast on a Sunday, she wanted to know.

Sure, sure, I replied.

Then silence for a month.

But the last SMS from her was that she’s now in a new role and must work on weekends, so how about dinner next week then?

Sure, I replied, I will be available say next Tuesday evening.

That was several weeks ago.

Not that I’m waiting while salivating away or anything like that.

By now I have “level-set” my expectations, if I have any, that is.

Probably easier to pop her cherry than to wrangle a free meal out of someone like her.

If I had to rely on that one meal for sustenance, this is how I would look now: 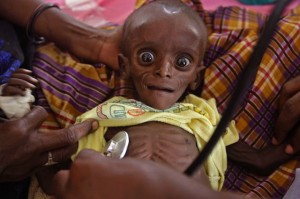 A little sincerity is a dangerous thing, and a great deal of it is absolutely fatal.
– Oscar Wilde.