The Malaised versus The Yellow Peril 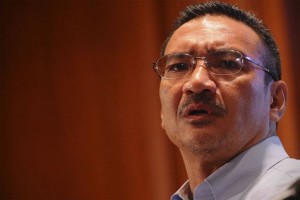 Chosen because his head will never roll.

Over thirty years of providing advice to corporate boards on the various aspects of change, I can confirm that the relatives of those on board flight MH370 are now undergoing the initial three stages of grief – and change – and these are: anger, denial and bargaining. Note that there is, however, no textbook process for grief since we all react to loss differently.

In any case, having suffered grief myself before, I can perfectly understand how heart-breaking, gut-wrenching and heart-rending it is to lose those whom you love and when you don’t even know what exactly happened to them it is even more tragic.

To the families of all on MH370, my heart grieves with you. I have experienced loss, and my heart aches for you. Trust me, I know how it is to never to see a loved one again. A part of me is no longer here. How can I be the same? Trauma of this magnitude changes you. I can’t ever go back to who I was.

It is therefore understandable why the Chinese are so angry. (The jet had 153 Chinese nationals on board.)

But let’s take a step back and ask: “Are certain agents provocateurs helping to stoke this flame of vitriol?”

Protests never allowed before in the streets of Beijing were permitted to proceed, obviously with tacit approval of the Chinese authorities who conveniently chose to look the other way this time. That professionally-printed t-shirts, banners and other paraphernalia were used can only mean that someone is the Eminence Grise pulling the strings behind the scene. To be objective, the Chinese have at times behaved rather unreasonably and unfairly, even demanding the Malaysian ambassador kneel in front of family members of those on the flight. Some have already collected insurance and other cash payouts while they continue to accuse the Malaysians of being “murderers.” Let’s be fair, Malaysian Airlines is no mickey mouse airline, it’s one of the only seven airlines worldwide awarded five stars by air consultancy Skytrax.

What made matters worse is the fact that Malaysian decision-makers and leaders operate in a cloistered environment, a cocoon that protects the complacent and inept elite, a closed-up setting completely lacking in transparency, openness, and accountability, a perverted, corrupted world where malaise has set in, where the ruler’s word is law and the powers-that-be cannot be questioned and tolerate no dissent; deploying seemingly legitimate vehicles of the state to silence and exterminate their critics so as to ensure the perpetuation of their reign.

Look at these officials at MAS’ press conferences. They are sons of prime ministers, cousins from the same village, peers, the “abang-adik” relationships, the old school tie, the old boys network. Yeah, everyone is insidiously and incestuously related. Under scrutiny by aggressive foreign media asking “in-your-face” questions versus the docile, ass-licking, brown-nosing domestic journalists they are used to control like puppets on a string, and under the glare of international spotlight they fumbled, contradicted themselves, backtracked on statements previously issued and they crumbled. To rub salt in the wound, they seemed to think they’ve done superbly well.

I almost lost my breakfast when the Malaysian Minister of Defence and Acting Minister of Transport Hishammuddin Hussein shamelessly declared with a straight face: “Anybody who has gone through this, what we have gone through has indicated to me that we have done quite an admirable job. History will judge us well. Not many countries in the world could get 26 countries to work together. Not many countries can get all the most sophisticated planes from countries from every corner of the world to come and assist.”

This from the words of the same Hishammuddin who famously brandished a keris – a Malay dagger and symbol of controversial Malay-supremacy policies imposed by the ruling Umno – at a party assembly in 2005.

The difference between stupidity and genius, according to Einstein, is that genius has its limits.