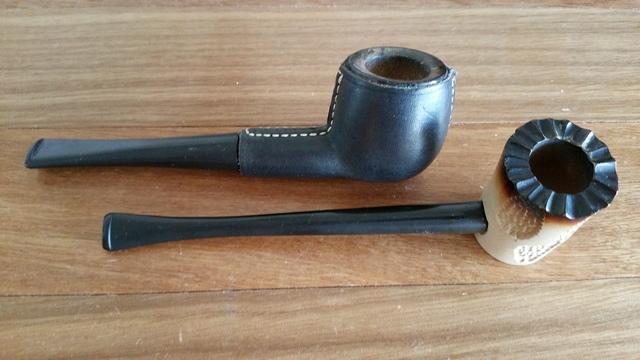 The Tanganyika Meerschaum Corporation Limited disappeared from the surface of the earth a long time ago and the Kiko pipes they produce are now a rarity, yet one or two will surface every so often on online auction sites. I just acquired a couple of beauties.

NOTE: Tanganyika, once known as German East Africa, has been part of the United Republic of Tanzania since 1964.