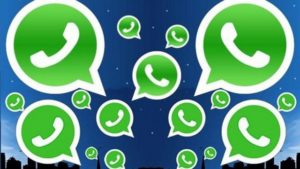 While the first text message was sent on December 3rd, 1992, it was Finnish engineer Matti Makkonen who first conceived of the idea eight years earlier.

Since then texting has taken off in a big way.

The country that sends the most text messages is the Philippines.

The Philippines is known as the text-messaging capital of the world.

Even the central bank governor sends monetary policy statements via mobile phone and an increasing number of consumers use their handsets for banking and bill payments.

For the estimated 8 million plus Filipinos who work overseas, texting is the main method of staying in touch with family back home. Text messages are also an important political tool in the Philippines and were instrumental in the overthrow of President Joseph Estrada in 2001 by alerting people to rallies. (Cellular or mobile phones were also instrumental for the Arab Spring uprisings.)

Texting through SMS and all other platforms like WhatsApp, WeChat, etc is now very common, especially more so in Asia, where lots of business communications are done through such chat programs and apps. With WeChat for example, even financial transactions can be made.

In China, users who have provided bank account information may use the app to pay bills, order goods and services, transfer money to other users, and pay in stores if the stores have WeChat payment option.

WeChat Pay is a digital wallet service incorporated into WeChat, which allows users to perform mobile payments and send money between contacts.

In Asia, texting using apps like WhatsApp and WeChat appears to be the preferred way of electronic communications – unlike SMS, it is free (all you need is Wi-Fi or have access to mobile data), it takes away the hassle of having to pen emails, and apps like WhatsApp and WeChat are interactive (with chats incorporating live video) occurring in real time. There are entire months when I don’t make or receive a single phone call, but texting happens very frequently every single day.

Does it encourage sloppiness (which in turn promotes poor communication and sometimes bad behavior)? Not at all, if you have a good smartphone and become adept at texting as you do it more frequently.

With Singapore’s drive towards a cashless society, texting programs and chat apps as well as other mobile phone apps will be utilized for payments of basic necessities as well as major purchases. Such payment methods are being rolled out right now.

Interestingly enough, The Guinness World Records accept SMS records, and the message it provides is: “The razor-toothed piranhas of the genera Serrasalmus and Pygocentrus are the most ferocious freshwater fish in the world. In reality they seldom attack a human.”

The SMS message has to be accurately typed for any attempt to be recognized by the Guinness World Records. To qualify for the Guinness record, no autocorrect or predictive text features are allowed to remain switched on.

In Singapore in 2011, Jeffrey Teo succeeded to type all that in 23.40 seconds. Teo is the fourth Singaporean to have achieved an SMS Guinness world record. Using a keypad phone in 2008, Jeramy Sng Gim, clocked 41.40 seconds typing the same message. In 2006, Ang Chuan Yang broke the world record in 41.52 seconds and in 2004, Kimberly Yeo set the world record in 43.2 seconds.

If I am not wrong, some of the phones used were those old-fashioned button or keypad phones, not smartphones.

Ong Eng Huat, President of Singapore Book of Records, said “SMS texting at that kind of speed requires discipline and training and Singaporeans have been so consistently best in the world.”

So, you see, it’s not that difficult at all. If you avoid old-fashioned button phones and use WhatsApp or WeChat on a smartphone, it’s rather easy, quick and not so tedious.

By the way, today, the fastest time attained is 17.00 seconds and was achieved by Marcel Fernandes Filho of Brazil.

But it’s not all just for fun; texting can help save lives.

In the US, a country slow in the use of texting, Nancy Lublin founded Crisis Text Line in 2013 and today, it has over 3,700 counselors who have exchanged 56 million messages with people in crisis.