Happiness and Joy? It’s in My Hands 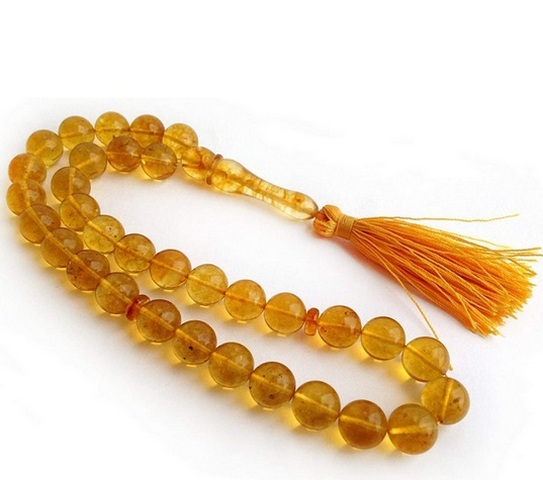 When I mentioned komboloi on April 17th, some of you contacted me to ask what I was referring to.

It is the original fidget toy, that’s what it is. It is basically a strand of beads from Greece.

Often mistaken for a rosary, these Greek beads have no religious significance. There is much speculation about how it became popular in Greece though, and one story I like is that when the Turks occupied Greece, the Greeks would use the Turks’ prayer beads (the misbaha or tasbih) and swing them in their faces to taunt them.

Today, even the younger people in Greece can be seen swinging and twirling these strands of beads, adding to the stereotypical image of Greece – that of men sitting over a coffee or ouzo, playing with their strands of beads, “chillaxing” away.

For hundreds of years, the hypnotic sound of the komboloi has regulated the rhythm of Greek life.

As Greece lurched from economic crisis to bank bailout, the click clacking of the traditional “worry beads“ has become a reassuring constant.

Though almost always a loop of string filled with an odd number of beads, the komboloi can vary in shape and size. Strands of these beads are sold everywhere and priced according to the materials they are made of. Most of these beads are made of materials ranging from high-end hand-cut amber to colorful glass or olive wood. Some are scented. And some of them are made from a mixture of natural amber shavings with other materials. These beads are called “faturan” beads and are highly sought-after because the last genuine faturan beads were made in the 1940s. It is said that Andreas Papandreou and Aristotle Onassis were avid collectors.

I first got acquainted with the komboloi when I received one as a gift. It was Kairon who gave it to me, my very first komboloi. Kai was introduced to it by the Greeks he met in the course of his work.

When I was in Greece last year, I chanced upon a komboloi museum started in 1998 by Aris Evangelinos and Rallou Gromitsari in Nafplio and I turned beady-eyed, went nuts and bought several strands made of various different materials.

Imagine me sitting at those Greek taverns, click clacking away. Some of those guys there were surprised to see a Chinese man swinging and twirling the komboloi, like he has been doing it for years. They couldn’t help but stare politely but many of them smiled and gave me the thumbs up. The komboloi was like something – that one commonality – that united us, reminding us men from different countries of a kinship, a brotherhood. Also, perhaps in one of my previous lives, I was a Greek?

The komboloi is not just popular in Greece; internationally famous singer Leonard Cohen, for example, was often photographed with a komboloi in his hand. It is believed that he fell in love with the komboloi when he lived in Greece, on Hydra, the beautiful island where all motorized vehicles are forbidden. People either walk or use donkeys to move about.

I always have a komboloi within reach.

When I read that despite economists from Maybank Kim Eng forecasting that Singapore could see between 150,000 and 200,000 retrenchments this COVID-19 season, a British expat has rented a swimming pool for S$10,000/- a month for three months, out came my komboloi.

When I read that even at times like these, vicious retarded motherfuckers whose wish is to see Singapore destroyed are using social media to spread fake news and to deliberately stoke anger, unhappiness, racial tensions, out came my komboloi.

Indeed in the present Covid-bedevilled environment, my komboloi reminds me of my trip to Greece last summer, of the shimmering light above the blue sea, of the aroma of Ellinikos kafes, of the taste of Greek frappé and of the warm wind on my face. If cabin fever threatens my constitution, I reach for a komboloi, slide the beads back and forth a bit and click clack my way back to inner peace. My komboloi drives the arrow deep into the bull’s-eye of my restless heart.

There are heaps of videos online teaching people how to play with these beads as well as a modified version called the begleri.