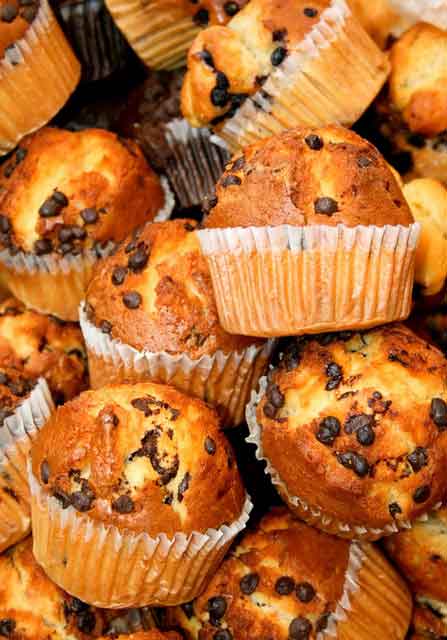 A skinny Ah Beng estimated to be in his mid 50s helped himself by piling a plate of fruits from the food counter and bringing it to his table.

He polished them off.

Next he got himself a glass of orange juice.

He then left his seat again, and came back with a cup of coffee.

Drowned the orange juice and the coffee.

He went for a bowl of congee.

That too was wolfed down in a couple of gulps.

He got up again and returned with a bowl of laksa.

Slurped it down rather nosily.

His cell phone rang and he spoke loudly in Singlish for a couple of minutes.

Left his seat again, returned with a plate piled with muffins.

Stuffed seven or eight muffins into a bag he had with him.

Yup, can you frigging believe it?

HE STUFFED SEVEN OR EIGHT MUFFINS INTO A BAG HE HAD WITH HIM!

Went to the food counter again, returned with yet another plate of fruits.

Stuffed his face with the fruits.

Next, it was another bowl of congee, and another cup of coffee.

Washed the congee down with the coffee.

Or was it the coffee with the congee?

Then it was laksa round two.

Followed by a can of Coke.

When that got eliminated he got up again, and returned with more muffins.

At least ten this time.

I had to do something.

I decided to have some fun.

I walked up to him.

I told him “Uncle, you very hungry izzit? Down here got camera one you know” then I walked off.

I didn’t even wait to see his reaction.

I’m such an evil bastard, ain’t I?

This happened one recent morning in the First Class section of the Singapore Airlines SilverKris Lounge at Changi Airport, Singapore.

Is all that pilfering the reason why he could afford to fly first class?