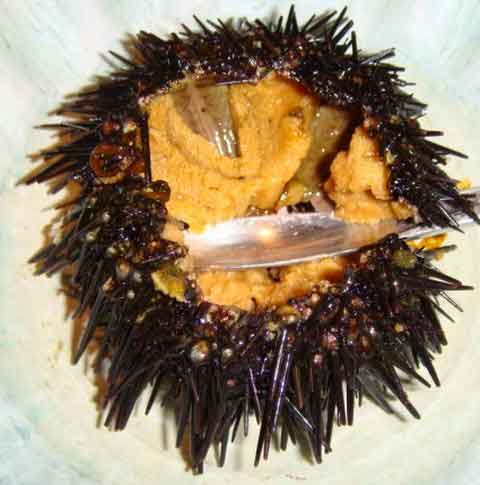 Aoki is a high-end Japanese restaurant which is part of the Les Amis Group.

When we visited last week Kunio Aoki behaved as if he was fighting a bad hangover.

His assistant, Wai, behaved as if he didn’t like us. I wondered if  he has forgotten how to smile.

I thought “If this is how you treat regulars, imagine how others are being treated.”

But despite the moody chefs we were still happy paying beaucoup moola for lunch – fruits alone cost 50 bucks – because there is only one Aoki.

If you eat at Aoki, you’ll join Japanese Emperor Akihito as one of Kunio Aoki’s customers.

Maybe that explains the chefs’ attitudes.

Aoki was born in Tokyo in 1967 and started learning the intricate art of preparing sushi in the Takanawa Prince Hotel at the age of 18.

In Singapore, he worked for Nogawa Japanese Restaurant at Le Méridien.

Aoki brings with him the culinary mastery and experience that has garnered him a loyal following over the years. He is unstinting in his demands for only the best when it comes to his guests. His culinary style is simple and traditional, yet with modern undertones that keep his creations refreshingly contemporary.

When eating at Aoki please don’t ask for salmon – salmon is NOT served in Aoki – because it is too common and asking for it shows you’re lacking in refinement, good taste and finesse.

In the past we’ve had truffles on tai (sea bream) sashimi; absolutely orgasmic!

We also had foie gras in our freshly steamed chawanmushi.

This time we had all kinds of good stuff plus uni “in the cup” – see picture above.

One of us had a 40-dollar oyster as well.

If you really want to spoil yourself, make a reservation for the sushi counter and say “omakase” to Aoki when you get there. This means you don’t order from the menu but you leave everything to the chef.

It also means you’ll end up with a bill like that: