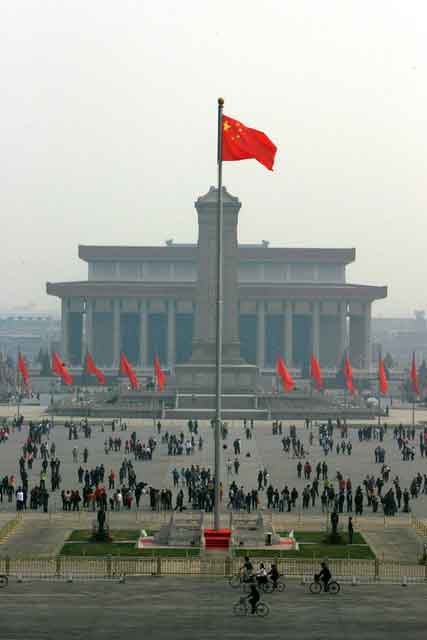 It started in April of that year, when news of the death of Hu Yaobang, the liberal reformer who had been ousted from his position as Communist Party General Secretary two years earlier, set off an outpouring of public mourning by university students in Beijing. It was considered an act of defiance against the decision made by “paramount leader” Deng Xiaoping and other Party elders to expel Hu.

The number of deaths is not known and many different estimates exist. There were early reports of Chinese Red Cross sources giving a figure of 2,600 deaths, but the Chinese Red Cross has denied ever doing so. The official Chinese government figure is 241 dead, including soldiers, and 7,000 wounded.

Following the violence, the government carried out widespread arrests to suppress protesters and their supporters and banned foreign press from the country. Members of the Party who had publicly sympathized with the protesters were purged, with several high-ranking members placed under house arrest, such as General Secretary Zhao Ziyang, whose memoir Prisoner of the State, has just been released posthumously.

I am no political analyst, but in my humble opinion, the protests achieved little. China is as closed as it is today, with power in the hands of a few paranoid and narrow-minded octogenarians. Corruption is still rampant. Those in positions of power are still misusing their authority.

Away from the shine and glamor of cities like Shanghai, there is another side to China.

Each year between five and seven million new workers from rural areas come to China’s biggest cities looking for work.

They join a migrant worker labor pool estimated at around 130 million.

China says 20 million migrant workers have lost their jobs during the economic downturn – three times greater than had been suggested previously.

This is a time bomb waiting to explode.

And what happened to those student leaders?

Most of the student leaders helming the protests at that time have not returned to China, many turned out to be nothing but scumbags, getting themselves involved in all kinds of dubious activities.

One of them, famous, because he was seen on TV wagging his finger at premier Li Peng and scolding him, fled to France, then to the US, and ended up in Taiwan. There were news reports of him collecting monetary gifts from well-wishers, visiting brothels, feasting on lobsters, living it up, as well participating in other unsavory activities.

In a strange twist of events, he turned himself in yesterday to Chinese authorities in Macau.

Another joined Bain & Company – a controversial piece of news because it was alleged that her husband, the vice president and partner of the Boston office of Bain had pulled strings to get her in. She is presently suing some American documentary film-makers for their interpretation of her role in Tiananmen in their documentary The Gate of Heavenly Peace.

In the end The June Fourth Movement, full of sound and fury,  became just another sad chapter in the long, tumultuous history of China.