The Romance of Travel 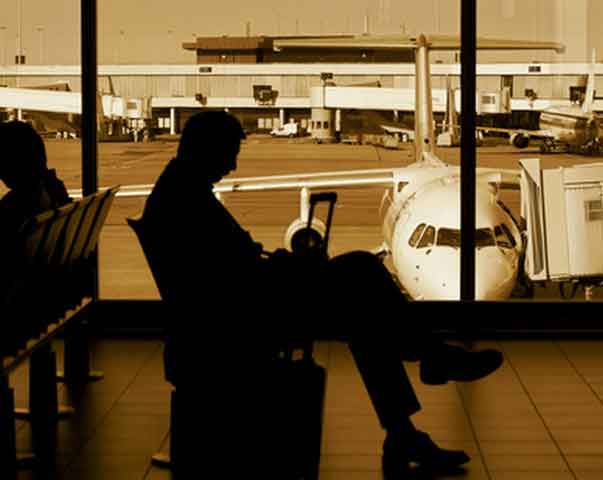 You spend a lot of time packing, and then two hours before your flight you leave for the airport.

Despite all these years of traveling, you’ll probably forget to pack something.

At the airport you struggle with the check in – they tell you the plane is full when you request to be seated next to an empty seat.

(And of course when you board, the plane is half empty and every motherfucker is seated next to an empty seat except you.)

You struggle with the waiting.

Waiting is a form of dying.

You struggle with the security checks (at least two rounds)  – now they want you to remove your laptop, your watch, your belt, your mobile phone as well as your shoes.

Then you struggle with the boarding. People behave as if they’re afraid to be left behind.

Ok so you board the aircraft.

Now you have to deal with all those assholes on board.

The retard who encroaches into your personal space by elbowing your ribcage.

The idiot in front who decides to recline his seat as you were eating your shitty airline meal (it’s rubber chicken today) half-way.

The hillbilly next to you who burps, belches, hiccups and farts and who reeks like an open sewer.

The little bastard behind who enjoys kicking the back of your seat.

His parents should have just stained their sheets and not the rest of society.

The shit face cabin crew members – some with the wayang makeup and as fat as cows bursting out of their Pierre Balmain uniforms – with the phony accents who prefer to serve the “ang mohs”.

The bimbo who spends hours in the toilet and doesn’t how to flush, leaving her bloody, soiled tampons for the world to see.

Yes, I don’t like people very much, as you can see. The world’s perfect, except for its inhabitants.

When you arrive, you’ll hightail to the immigration but you probably have to walk a very long distance before you reach it. (Think Bangkok’s Suvarnabhumi – you literally have to trek till either your scrotum detaches or you get a heart attack.)

There a long line awaits you.

When you finally cleared immigration, there’s the luggage to deal with.

For your information, travel hasn’t change much since the days of Christopher Columbus.

He ended up in America.

Today if you travel to America, you’ll get there alright, but your luggage will probably end up in India.

You see, a fiight to, say,  KL may take 45 minutes but door to door, it takes hours!

Now, out of the airport, pimps, dishonest money changers, touts and hustlers of all stripes confront you.

You then make your way to your hotel and get caught in some of the worst traffic jams in the world – Bangkok, Jakarta, Kuala Lumpur, Manila – take your pick.

(Last Wednesday, when I flew to Bangkok, I touched down at 1:45pm but only managed to get into my hotel room at 3:30pm! The flight from Singapore to Bangkok was shorter than the commute.)

You arrive at the hotel only to find that they don’t have the room you requested for – they put you in a smelly smoking room with a single bed on a low floor next to the lift.

The moment you’ve checked in, you iron your shirts.

You realize that those self-styled experts who advise travelers to hang their clothes in the bathroom with hot water running have probably never done that before – this trick doesn’t work at all, wrinkled clothes can’t be “ironed out” by steam this way.

After ironing your clothes, you are hungry.

So you order room service for food that cost ten times the price compared to those being sold at the food court in the mall next door.

The next day you go to the office to face colleagues who are slow, stubborn and are absolute jerks and should be treated as dross.

The week before last, when I made a trip to our Malaysian office, I met someone so obstinate, so defensive, so repulsive, and so irritating I wish I could tear her head off. I was apoplectic over her behavior.

If my kids talk to me that way I would have slapped them right back into their mother’s womb!

Ah, the romance of a traveling job!

And that’s only day one.

You wonder how you’re going to last one week of this shit.