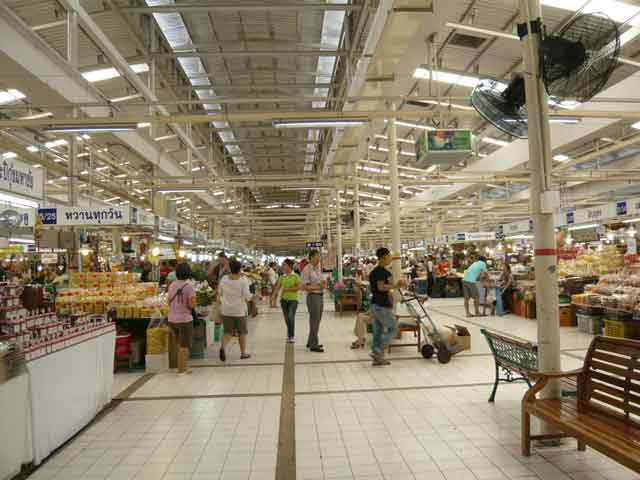 The Or Tor Kor Market in Bangkok is opposite the southern entrance to the more famous Chatuchak Weekend Market.

The huge, super-clean, well-ventilated and well-lit market is run by the Agricultural Market Organization (which is what the Thai initials Or Tor Kor stand for.)

It is known as the city’s most upscale market and has a chi chi reputation for its relatively high prices.

How to get there: Take the MRT subway to Kamphaeng Phet station. Get out at exit number three, and you’re in the market. Also, you can ride the BTS skytrain towards Mo Chit, get off at Saphan Kwai station and take a taxi or tuk-tuk to the market. Bus number 543 also runs by Or Tor Kor. 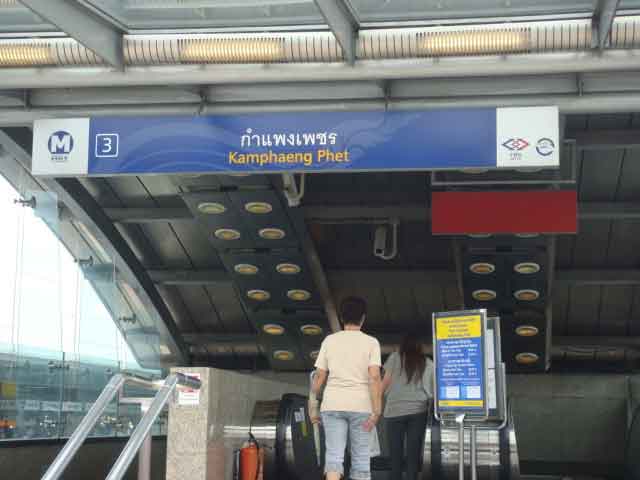 Shoppers are drawn to Or Tor Kor’s selection of fresh as well as cooked seafood. Here are some grilled giant river shrimps: 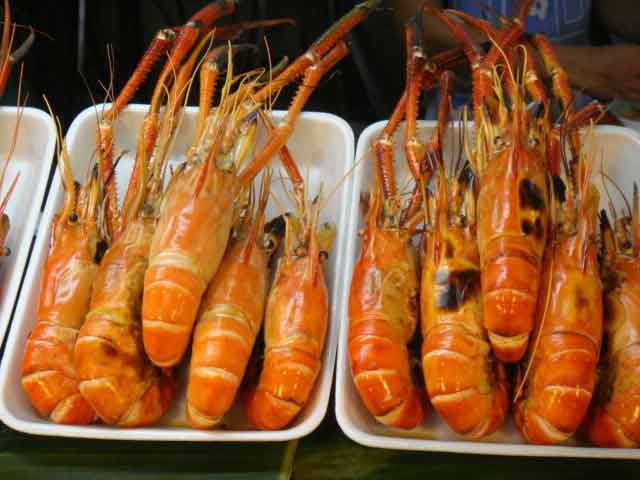 And here’s a decadent selection of fresh crab roe, waiting to be cooked: 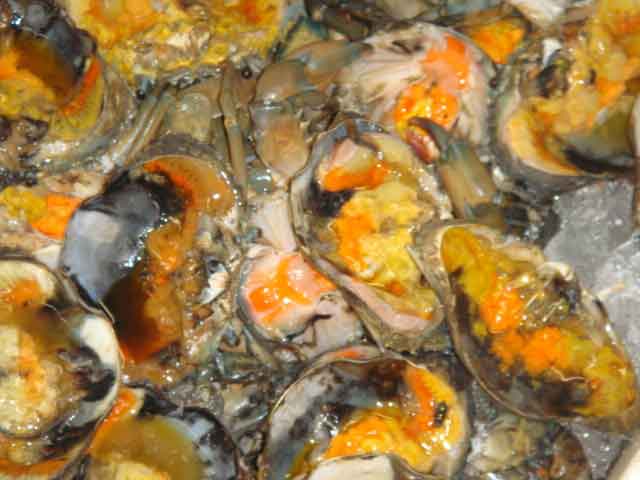 You can find lots of high quality fruits from all over the kingdom. When I was there the last time, I saw lychees the size of tangerines: 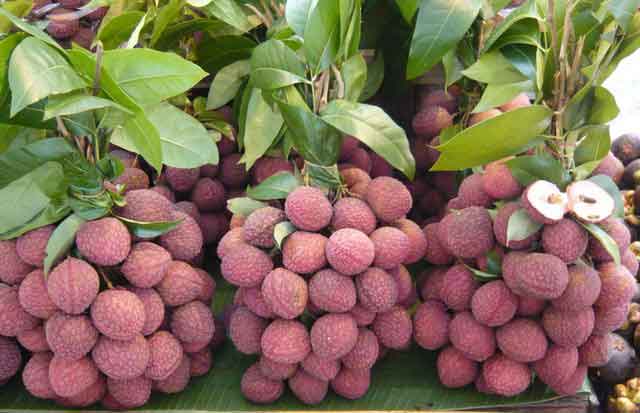 For Thai durians I always patronize stall 8/10 operated by “Sister Nit” from Rayong (tel: 081 8076593); Thai durians – whether Monthong, Kanyao or Chanee – are larger than Malaysian ones and taste somewhat different: 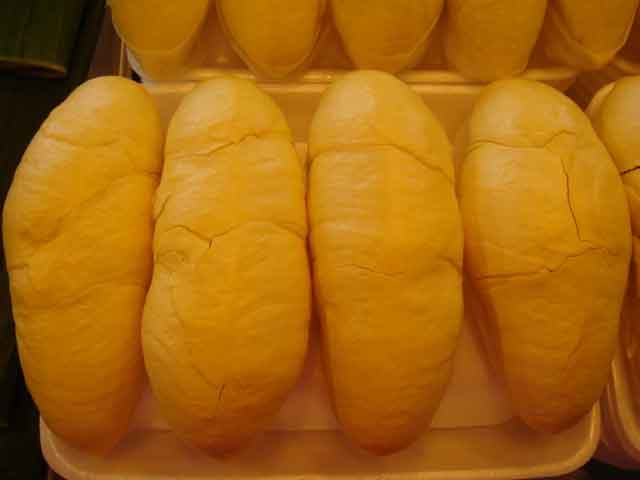 Or Tor Kor is also known for its ready-to-eat Thai gourmet dishes. Whatever your taste buds hanker for, you’re likely to find it here, at much better quality and correspondingly higher prices than at other markets. Or Tor Kor is known as a “high-end” market for this reason, with shoppers trusting that the extra baht they spend will be well worth the expense. The market even sells German style pork knuckles: 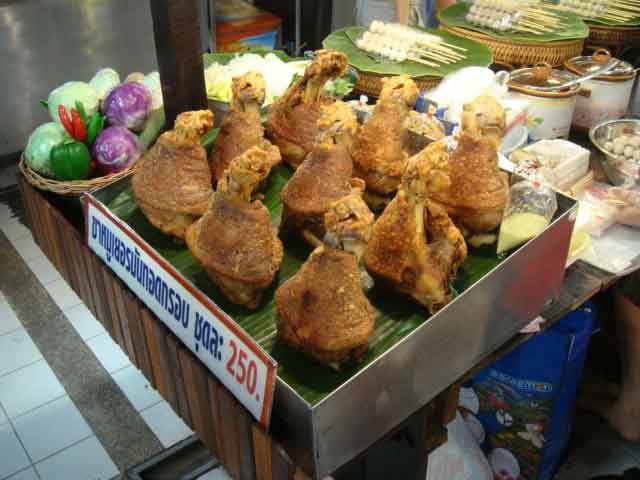 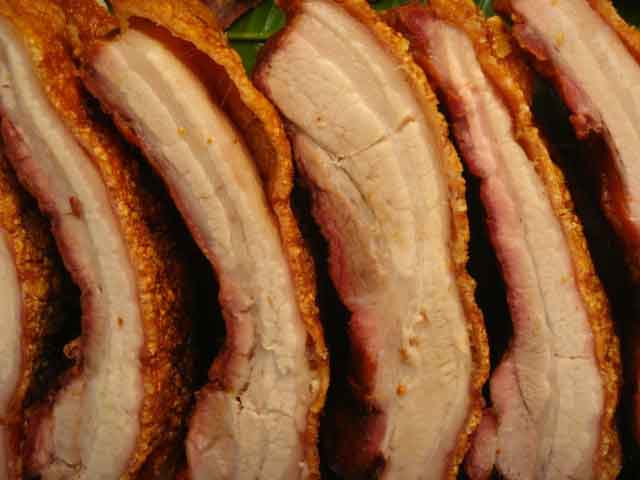 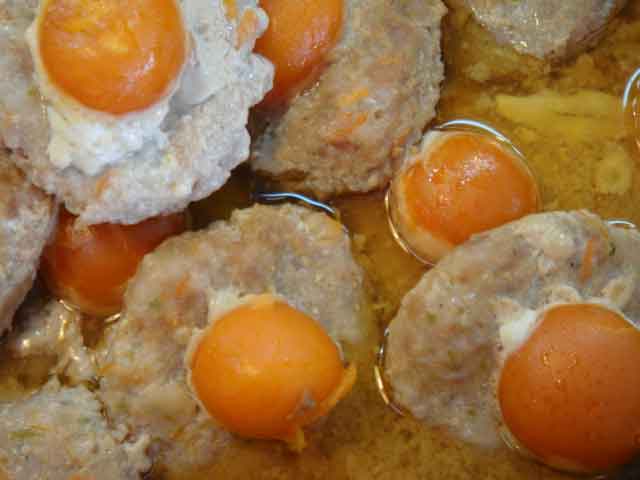 At the back of the market is an alley of rice, grains and dried seeds, together with dried ingredients such as a wide variety of kapi (Thai shrimp pastes) from Rayong and Mahachai in Samut Songkhram as well as dried salted fish, sun-dried shrimp, pickles and more: 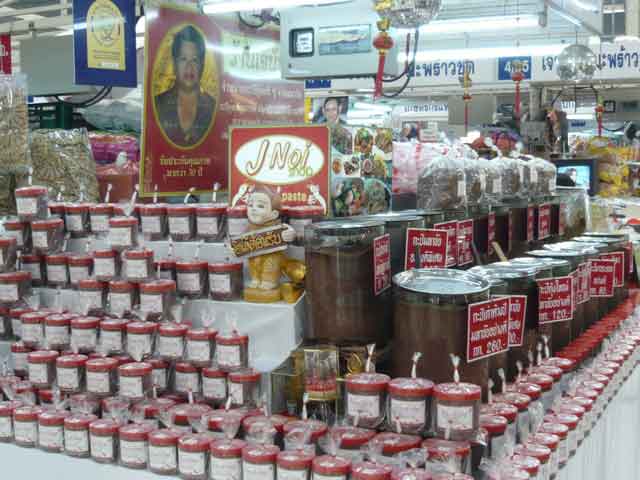