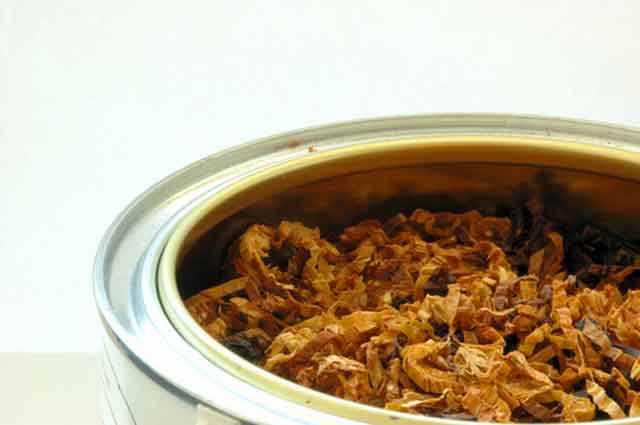 Alfred Dunhill alas have long stopped doing their own blending and appointed Murray’s to do it, a transition which to Dunhill smokers was said to be an event akin to the JFK assassination; there’s hardly a pipe smoker who can’t readily recall that horrible moment when the first new tin was popped only to discover the tragic disappearance of the wonderful bouquet typical of Dunhill.

Now that Dunhill has appointed Orlik things seem to be better.

The Royal Yacht is a very fine cut and dense ribbon mixture, just a tad thicker than a shag cut.  It has a strong whiff of chocolate, raisins and rainforest. Despite the ribbon cut, there are still small clumps of the cake from which the ribbon was cut, making the tobacco very “approachable” and interesting – like it isn’t afraid to talk about its origins. At the touch of the match, the flavor emerges seductively, with an underlying sweetness and smooth chocolate note. By mid-bowl, the sweetness improves and the depth of flavor increases.

Royal Yacht lights easily and also carries a nuance of ginger, cinnamon, nuts, fruits and a hint of cocoa to complement the Virginia. Left to age, the Virginias will deepen and create a more complex flavor in three or more years.

Murray’s own Erinmore is always a classic though, and can still be found in Malaysia and Singapore. Due to the picture on the tin, the Malays call it “Chop Nanas.” (“Nanas” means “pineapple”.)

The Erinmore Mixture is a loose-cut blend consisting of ripe, orange Virginia leaf tobaccos, a touch of mild Burley and sweet Black Cavendish. It is an easy slow-burning blend due to its high moisture content. The smoke is a mellow one with a fresh and fruity note.

The leaf tobaccos in Erinmore Flake (in small oblong tins) are selected from only the premium tobacco growing regions of the world. The blend consists of mature Virginia, mellow Burley and sweet dark air-cured tobaccos. It is pressed into cakes, aged and cut into slices, providing a mellow and cool smoke with a flowery and fruity note.

Erinmore has plug tobacco too. Plug tobacco is considered by many experienced pipe smokers as the ultimate – something like kingdom come and one of my favorites is the Kendal Plug by Samuel Gawith – a block of pure Virginia.

My favorite Dunhill tobacco is the hand blended medium cut My Mixture 73 – the fullest flavored English mixture, which is recommended for an evening smoke.

It has over 52% Latakia, with Virginia, Perique, and Oriental leaves and is not for sissies.

The closest factory blend to that is the Nightcap, a rich blend for late in the day. It is a slow, lasting smoke. Just prior to packing, expensive Perique tobacco is added to enhance its bouquet.