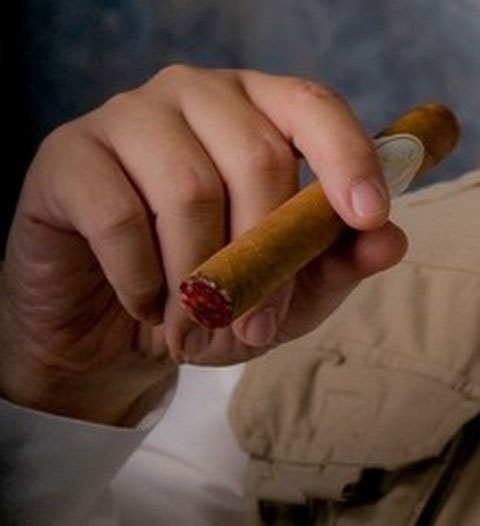 Davidoff cubans were a serious player in the cigar world at one time.

It was a brand created by Zino Davidoff, who contracted the Cubans to produce his cigars in Cuba in the late 60s. The 1970’s saw tremendous success for the Davidoff brand as Zino Davidoff’s cigar stores opened all over the world selling what was regarded as a premium range of cigars crafted in the then new El Laguito factory in the suburbs of Havana.

But by the early 90s the love affair was over and Zino Davidoff publicly burned over one-hundred thousand of his cigars that he had deemed unfit to sell due to “quality” problems. Since then Davidoff cigars have been produced in the Dominican Republic. Each still carries a distinctive white band.

Back in the 80s whenever free time I had, I would hang out at the Davidoff store in the Hilton. Those guys who worked there – Alec, Rasheed and Ibrahim continue to be good friends today.

The cigars within the Cuban Davidoff which I like included the Dom Pérignon – (Julieta, a Churchill) and every single one in the Châteaux Series:

Château Lafite-Rothschild – Franciscano, a tres petit corona (name changed from above circa 1983)

Château d’Yquem – a long corona – the only vineyard that objected to its name being used by Davidoff, resulting in Château d’Yquems being rare collectibles now

And of course my favorite, the Aniversario – Gran Corona, a giant or presidente.