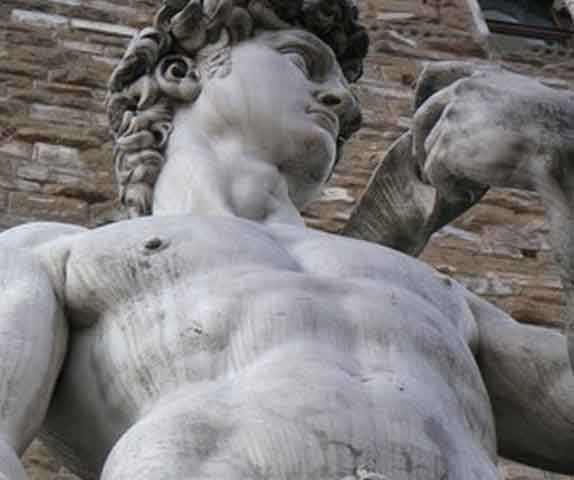 In psychology “projection” occurs when a person’s own unacceptable feelings are repressed and then attributed to someone else.

I have noticed a disturbing trend in the London Financial Times. I believe the edition I received here in Singapore is censored.

Example: On page 1 and page 9 of the Life And Arts section in the May 5-6 issue, one of sculptor Antony Gormley’s “corpographs” had its pubic area blacked out.

My friend in Europe who has the same issue of the paper tells me her copy shows the corpograph in its full glory.

Now I’m not crazy about phalluses of male statues, but I am enraged that someone out there is deciding what a 50-year old professional like me should see or not see.

Who is censoring the Financial Times?

I am appalled to hear that [TS] Loh was demanding his right to look at the male organ of a sculptor’s “corpographs” as depicted in the London Financial Times, a public newspaper.

What is wrong with this 50-year-old man who is not only self-absorbed but also oblivious to the rights of the majority who want to be protected from gross indecency in the media?

He should know that in any civilized society, the private anatomy of the human body must be respected and that it deserves proper covering.

Decency tells us that it should not be uncovered for public display.

Conversely, he should also be aware that in a backward and morally regressive society, humans would cast off all restraints and roam naked in the open.

They are given to a debased mind and would regard what is shameful to be their glory in public.

The glaring difference between modern man and animals is that man is endowed with a conscience and he awakens to cover his genitals in public, whereas animals don’t possess the same and therefore frolic in the naked.

The censors did the right thing against the London Financial Times in order to uphold the public’s moral decency and had therefore set its boundaries right. Credit must be given to the good judgment of the censors in this situation.

The reason why our country today is enjoying much peace and abundance is that the people accept and apply good moral standards.

We support laws that govern and underpin righteous behavior and public decency. We are blessed with a Government that did not waiver and yield to licentious demands of the minority.

If we, as a people, are unable to uphold good moral laws, including the Penal Code, then we will surely lose our next generation to perversion. This is not what we would want to see happening to our country in the near future.

On June 29, 2009, a George Lim (the same person?) wrote to same paper again; I’ll let you read his letter and I’ll let you draw your own conclusion about this person:

I took my preschool daughter to Bishan Sports Hall last Saturday morning for her weekly gymnastic training. There were women and children there for various activities. In their midst was a team of seven young men and their coach using the gymnastic equipment.

From the start of the team’s routine, five young men were practically semi-nude. They were bare-chested and wore loosely fitted knee-length trunks that exposed their pelvic bones below the waistline. They strutted and pranced in their scant garments that covered only the anatomy between the lower waist and the kneecaps.

The team frolicked and tumbled in the hall, oblivious to the parents and children around them. I grimaced as they swung vigorously on the pommel horse, and risked slipping out of their loose trunks. Even worse, as they gripped the rings and the parallel bars, it did not take much gravity to expose their pubic area to the children. It was an eyesore to onlookers as the young men trampled on their modesty in public.

I, therefore, urge the Ministry of Community Development, Youth and Sports to do something about those who bare their torsos without any regard for other users. Perhaps, the authorities should impose a minimum dress code that ensures decency.

Sports that allow male athletes to train semi-nude are swimming, water polo, windsurfing and sumo wrestling. But gymnastics is a sport that requires proper leotards for women and body-fitting singlet and shorts or tights for men.