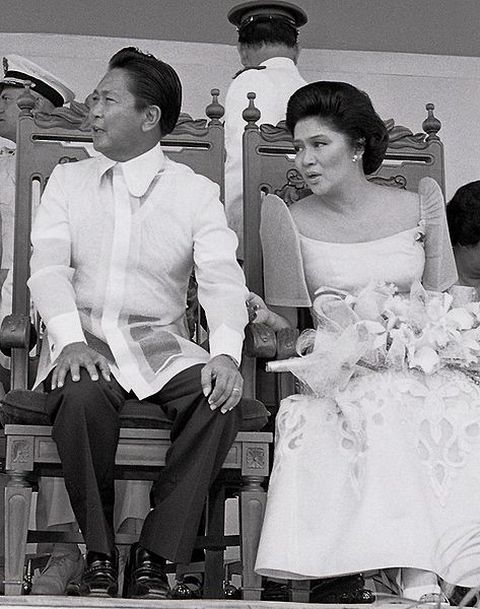 They used to whisper his name, not daring to say it too loudly.

The name “Benigno Aquino” was uttered sotto voce in a country that spent nearly 400 years “in a convent” (as a Spanish colony) and nearly 50 years “in Hollywood” –  the Philippines, together with  Cuba, Puerto Rico, and Guam was ceded to the United States for US$20 million during the Treaty of Paris.

Ferdinand Marcos became president in 1965. Constitutionally barred from seeking a third term he declared martial law on September 21, 1972, under the guise of political conflict and resurgent Communist, and Islamic insurgencies; he governed by decree, along with his wife Imelda Marcos and very quickly bankrupted the country, one of the wealthiest in Asia at one time.

It was at that time when Ninoy Aquino, a senator and governor of Tarlac stepped up his opposition to Marcos. (He was the youngest municipal mayor at age 22, and the nation’s youngest vice-governor at 27. In 1967 he made history by becoming the youngest elected senator in the country’s history at age 34.)

When Marcos declared Martial law Aquino was one of the first to be arrested and imprisoned on trumped-up charges of murder, illegal possession of firearms and subversion. He was sentenced to death but was allowed to leave for heart surgery in the US in 1980.

On August 21, 1983, he was blatantly assassinated – shot in the head as he was leaving the plane – when he returned to the Philippines.

The Philippines plunged into chaos.

Philippine Airlines – Asia’s first airline – was one of my clients at that time and I remember how we watched declining visitor numbers in alarm.

I recall how saddened we were as we watched helplessly as this beautiful country of very friendly, warm and talented people became the sick man of Asia.

Ninoy’s wife, Corazon, fondly referred to as Cory,  became a focal point and unifying force of the opposition against Marcos. To prove that the people was still on his side, Marcos called for snap presidential elections in 1986. Marcos was proclaimed the winner despite widespread reports of electoral fraud.

Enraged, Filipinos took to the streets.

I can still remember how amazed we were to see nuns, armed only with rosaries, stopped tanks by kneeling in front of  them and elderly titas embracing the soldiers to stop their advances.

In the end, the humble housewife was installed as President by the peaceful 1986 People Power Revolution.

Marcos fled to Hawaii with 24 suitcases of gold bricks and diamonds. Imelda left behind 15 mink coats, over 500 gowns, 888 handbags and 3000 pairs of shoes. Marcos died in 1989. Imelda returned to the Philippines in 1991. Their son, Ferdinand Jr, also known as Bong-Bong, born in 1957, (BA, Oxford, MBA, Wharton) was the former governor of Ilocos Norte Province and is now a representative of the 2nd District of Ilocos Norte Province in the Philippine House of Representatives.  A daughter, Imee, born 1955, served three terms in the same position, from 1998 to 2007.

Cory passed away on August 1 and was buried on August 6 mourned by millions of Filipinos and other admirers around the world, including yours truly.