The Class from Hell 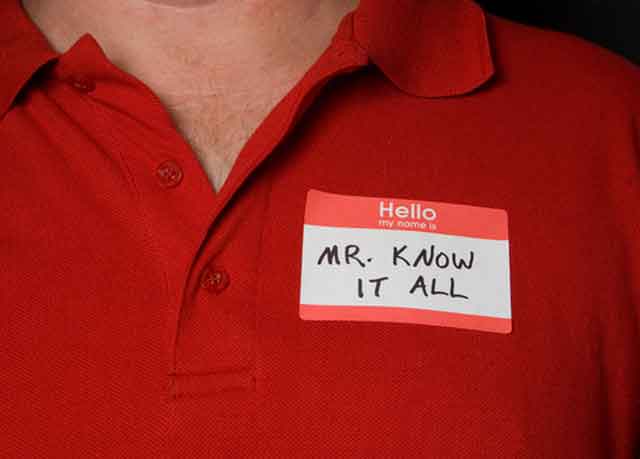 Have you ever had your laptop or cellular phone thrown out of the room?

If you were in my class 15 years ago, that would have happened to you if you’ve ignored my request not to use your laptop or cell phone during my lecture.

Lucky for many of the people I teach now, I’m a much mellowed man today.

In the last 30 years, I have lectured at MBA classes at several universities; there were also many occasions when I’ve had to conduct training for personnel from my own company as well as for clients and the types of “trainees” I’ve come across can be grouped under a few broad categories:

The worst are those who say “I have no wish to be here, my boss sent me.” Their body language and attitude will reflect that and they are an eyesore in class. They will return late from breaks and doodle and make faces when you make certain comments.

Then you have those who are afraid that by keeping quiet, people will think they are idiots; so they open their mouths, interrupt incessantly, try to take over the class, and in the process remove all doubt that they are indeed idiots.

There’s another group of trainees who simply won’t engage, while others laugh at your jokes, they stare expressionlessly ahead, they avoid eye contact, and when asked questions, suddenly develop an intense interest in their shoes.

Yet another group of trainees or workshop or seminar participants are hard to figure out – they are all praises when they interact with you in class, but would give extremely bad feedback when they fill up the feedback forms. And they write shit like “whatever was taught, I’ve known already.” That’s a comment I once received, submitted via a feedback form, by one of those retards in a class of so-called “top talents” (the crème de la smegma) of my company. Do they expect me to be a new Peter Drucker or what? Do they expect me to invent new management concepts? Don’t they know that most of what’s trendy nowadays – even re-engingeering – are merely old wines in new bottles? Talking about feedback some dickheads would say things like “the snacks served were not up to standard” or “the orange juice was not freshly-squeezed”  – obviously from those not there for the learning.

One more group: those with zero EQ. I’ve had people who are key account managers, client managers and other asswipes with equally fanciful job titles who supposedly deal with statutory boards and government bodies yet have absolutely zero EQ, completely no manners, won’t even look you in the eye, don’t know how to smile, pay respect or even acknowledge people. The living dead.

Finally, there’s a group who won’t leave you alone – at breaks and even after class, they make a beeline to you and just hang around you, asking all kinds of questions, making all kinds of comments, wanting to know personal details of your life. (Most often asked question: “Is your wife an ‘ang moh’?”) If they are all pretty pre pubescent virgins, that would be fine but most of them are poor souls nobody pays any attention to, so they look to you to fulfill that void.

Anyway, these idiots don’t upset me; when dealing with trainees my motto is “Illegitimi non carborundum!”