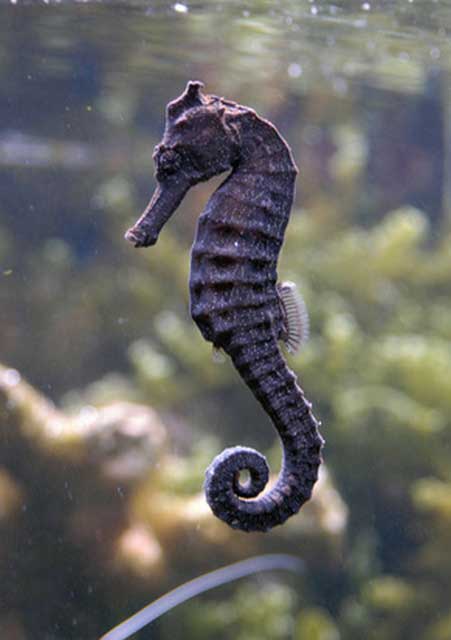 Fancy this guy soaking in your wine?

Asian cultures have used seahorses in traditional medicines because they are believed to cure impotency, sterility and enhance virility.

My friend Jimmy just gave me a bottle of seahorse wine from Vietnam.

Maybe he thinks I need it.

It’s a plastic bottle of clear wine with many of those small seahorses soaking in it.

In fact the bottle looks like it’s packed with small seahorses.

For most of the past 1,000 years, only the richest Chinese patients could afford to include seahorses in their love potions.

In traditional Chinese medicine, consuming seahorses is thought to be beneficial for human kidneys, improving memory, reducing swelling, helping women give birth, treating arthritis and even curing breast cancer. But the most important function of the humble hippocampus is the treatment of impotence. Maybe it has something to do with the fact that seahorses are the only known vertebrate species for which males rather than females give birth. Or maybe it’s just because they are so exotic.

Chinese consumers demand up to 250 tons of dried seahorses annually

Vietnam exports at least five tons of dried seahorses annually – this is equivalent to 1.5 to 2 million individual seahorses – in addition to supplying the domestic market.

It is reported that Vietnam is one of the top four seahorse exporting nations in the world, the others being Thailand, India and the Philippines.

Because dried seahorses weigh so little, 250 tons is equivalent to tens of millions of seahorses killed every year for Chinese aphrodisiacs – figures so enormous that even some in the Chinese medicine industry have started to voice concern that this precious ingredient will soon be fished into extinction.