Cut Down in his Prime 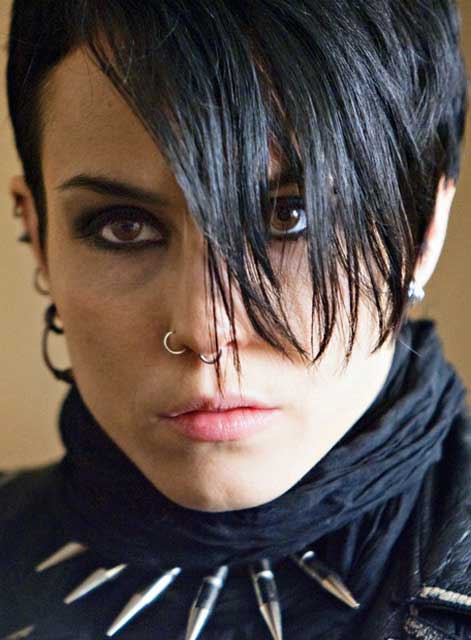 Larsson's heroine, as depicted in the movie.

In 2008 Stieg Larsson was the second-best selling author in the world, behind Afghani-American author Khaled Hosseini (The Kite Runner.)

But the political activist by day and author by night never lived to see his books in print. After handling over the manuscripts for three books, the Swedish author – who smoked 60 sticks of cigarettes a day –  died of a massive heart attack at age 50 back in 2004.

The first of these novels was published in Sweden in 2005 as Män som hatar kvinnor (“Men who hate women“), published in English as The Girl with the Dragon Tattoo, which I am presently reading. It was awarded the prestigious Glass Key award as the best Nordic crime novel in 2005. His second novel, Flickan som lekte med elden (The Girl Who Played with Fire), received the Best Swedish Crime Novel Award in 2006. His third book, The Girl Who Kicked the Hornet’s Nest is due out only in May next year. He also left the unfinished manuscript of the fourth novel, and synopses of the fifth and sixth in the series, which was intended to consist an eventual total of ten books.

The Girl with the Dragon Tattoo has sold 12 million copies worldwide. Currently valued at over 100 million Swedish kronor, Larsson’s estate is likely to double or triple in coming years as the books continue to appear in more languages around the world.

Eva Gabrielsson lived with Stieg Larsson from 1974 until his death in 2004. Yet, due to Swedish inheritance laws, she was not entitled to a single krona. Instead, Larsson’s father and brother, with whom Eva claims Larsson had little contact, inherited the rights to the books.

“In Scandinavia, inheritances are ‘distributed’ by law. People very seldom write testaments,” wrote Gabrielsson. “And Stieg lived under the impression that the special Cohabitation Act for common law relationships would also include inheritance. It does not. And that law also gives me no rights to go to court.” Her only hope is to try and reach a settlement with his family, something she’s pursued through her lawyer.

Larsson’s books are presently being made into a movie.