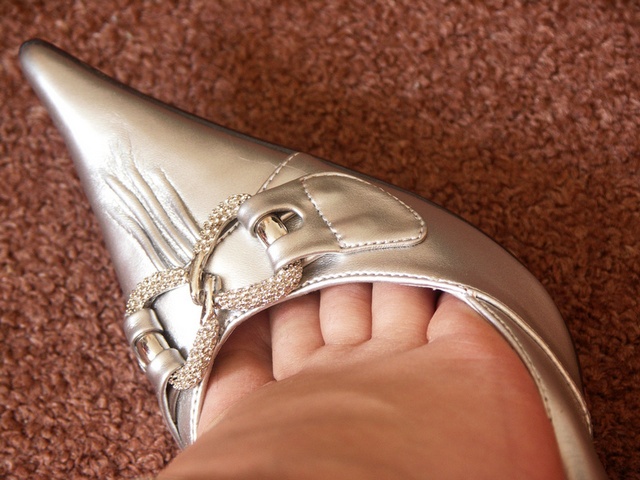 At my age, I thought I know all there is to know about cleavages.

Then someone introduced me to toe cleavage.

Toe cleavage is the partial exposure of a woman’s toes in shoes that are cut low enough at the vamp.

Toe cleavage is considered to be fashionable by stylists such as Susan Conterno, columnist for FAMOUS magazine. Manolo Blahnik himself opined that “the secret of toe cleavage, a very important part of the sexuality of the shoe” is that “you must only show the first two cracks.” According to fashion insiders, “toe-cleavage shoes sans stockings” are part of the “unwritten dress code” of the “Voguette”, as dictated by the magazine’s longtime editor in chief Anna Wintour – “even in the bitter New York winter”.

Ok so I’ve learned something new.

Now what about butt cleavage?

Yup, with low-rise jeans and G-strings, lots of butt cracks to see nowadays.

I think they’re ugly as hell.

Oh, did someone just mentioned “cameltoe”?

Cameltoe as in The Weather Man.

I’m not going there!