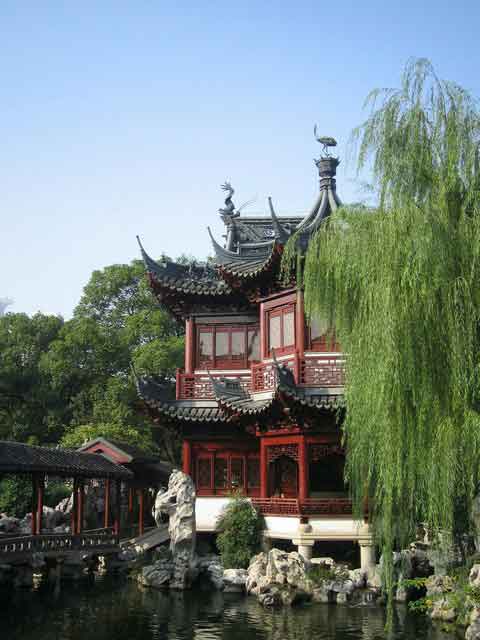 Yu Yuan (meaning Garden of Peace and Comfort) is a maze of Ming Dynasty pavilions, elaborate rockeries, arched bridges, and fish ponds, all encircled by an undulating dragon wall.

It was built between 1559 and 1577 by local official Pan Yunduan as the private estate for his father.

Bearing the burden of being the most complete classical garden in urban Shanghai and therefore a must-see for every domestic and foreign tourist, this overexposed “garden” overflows daily with hordes of visitors, and is no longer the pastoral haven it once was.

In the vicinity is the famous Nanxiang restaurant famous for its popular broth-filled steamed dumplings called “xiaolong bao” – little basket/steamer dumplings. The broth inside each dumpling is simply gelatin made from pig skin which has melted during the steaming.

Long lines form every day as locals and tourists alike wait – while being assaulted by the horrible body odor and killer halitosis which seem to emanate from every mainland Chinese – to sample these delicacies, since the restaurant was established way back in Guang Xu, the 26th year of the Qing Dynasty (AD 1900). The way to eat one of these dumplings is to first dip it in black Chinese vinegar, place it in a spoon, bite a little hole and suck out the hot broth slowly, then add silvers of ginger to what’s left before demolishing it in your mouth. 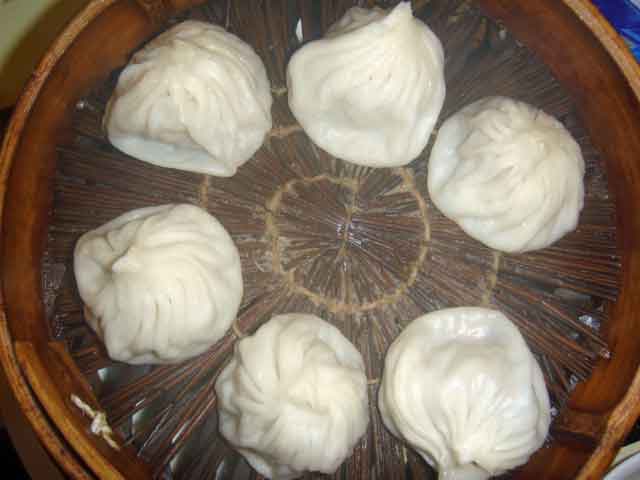