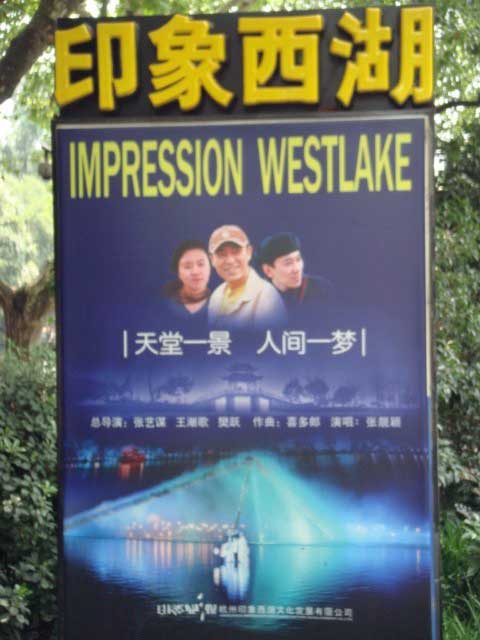 Yin and I caught Zhang Yimou’s Impression West Lake – a must-see – at the West Lake in Hangzhou early last month.

Did you catch the 2008 Olympics Opening Ceremony? Zhang is the movie director (Crouching Tiger, Hidden Dragon among others) who orchestrated the whole spectacle. Yes, expect a spectacle we did, and a spectacle we got. The show was like nothing we’d ever seen. The music was composed by Kitaro.

Staged entirely upon the lake itself (a stage has been built three centimeters below the surface), Impression West Lake is a spectacle of light, music, dance and theatrics. The story is based on a Hangzhou legend. Using the lake and its surroundings as props, lights and hundreds of actors create a sensational performance as they walk, run and perform on water. 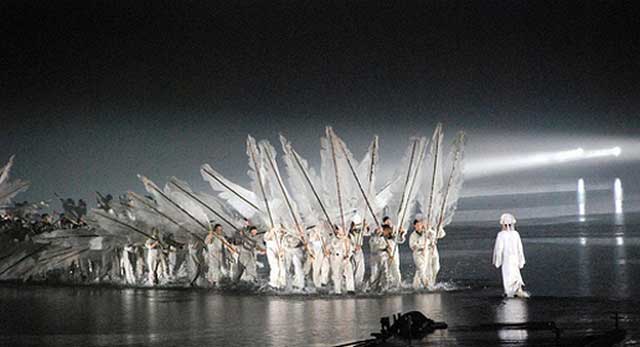 Similar performances are staged in Yangshuo in Guilin (which I saw in 2007) as well as Lijiang in Yunnan.