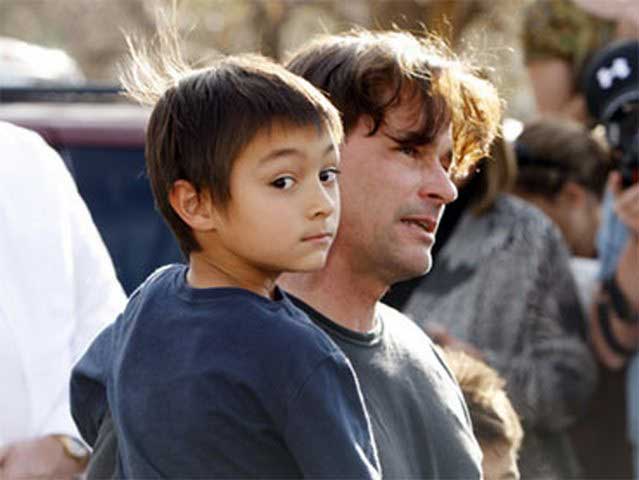 While millions look out for that Zeppelin-like balloon to appear in the sky, worried to death a poor little boy was trapped inside, while who knows how much time and money was diverted to try to get him back, six-year-old Falcon Heene was hiding in the attic in his home.

And why? In the words of Falcon, “for the show.”

On CNN’s “Larry King Live” last Thursday, Falcon’s father Richard asked him why he had not come out from hiding when his parents were calling for him.

“You guys said we did this for the show,” the boy blurted out.

Did they? Knowingly sucking up search and rescue efforts for instant national stardom – that’s just not cool. That is, in fact, illegal.

Falcon’s father Richard Heene called a TV news station before contacting emergency services to say that  his six-year-old son “drifted off” in an airship.

By all accounts, Richard Heene is an unapologetic self-promoter who would pursue all sorts of off-the-wall stunts to get media attention. Flying saucers, mountaintop helicopter stunts, storm chasing, reality TV shows – no gag was beyond his limits.

A friend of Richard’s told the media: “Richard is using his children as pawns to facilitate a global media hoax that’s going to give him enough publicity to temporarily attract A-list celebrity status and hopefully attract a network.”

What an indictment of the culture we have created – a culture in which even kids get involved into thinking that a potentially serious stunt is worth trying to pull off because it might make the talking heads chatter and the TV screens glow.

What do you expect from a family of media whores? They are self-made C-list pseudo-celebrities. They volunteered to appear on ABC’s “Wife Swap,” where families trade mothers to try to deal with home front problems.

Larimer County Sheriff Jim Alderden told the media on Monday that it has been determined that this is a hoax, that it was a publicity stunt.