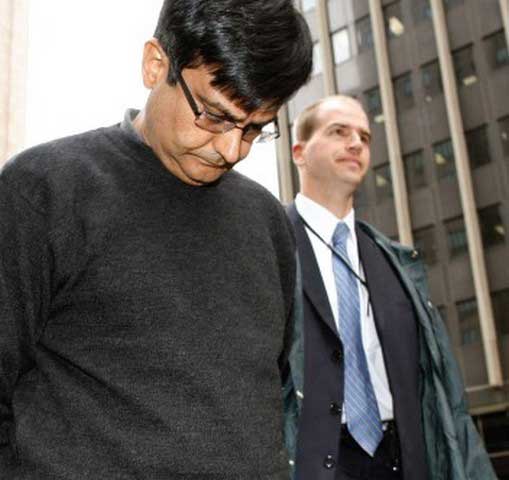 Kumar escorted by an FBI agent.

Among the executives of renowned companies he allegedly received info from was McKinsey’s Anil Kumar, said to be a godfather of KPO ( knowledge process outsourcing).

This arrest will taint the entire advice business.

McKinsey’s strict standards and law-abiding ethos have been called into question after Kumar was charged with taking part in the largest hedge-fund insider-trading scheme ever.

Kumar became a star partner in McKinsey by building relationships in the tech industry and the Indian business world. Now, he is facing allegations that he used his connections to help facilitate Rajaratnam’s insider-training conspiracy.

Kumar’s alleged misdeeds have ensnared the management consultancy in one of its biggest scandals ever, one that hits at its core mission as a trusted advisor to businesses.

“This case is unprecedented in our history,” said a McKinsey spokesman. “We have never had a case of a partner or anyone else in the firm being charged with criminal activity, if the allegations are true.”

McKinsey has strict standards barring its consultants from trading stocks or funds that relate to the companies they are advising. The company’s partners sign off each year on the policies.

Insider trading and disclosure of a client’s confidential information “literally is the most mortal sin a McKinsey person could commit,” said Richard Cavanagh, a McKinsey partner between 19870 and 1987. In the buttoned-down, strict McKinsey culture, “People get fired if they cheat on their expense account for like $20,” he said.