Hypocrites in the Land of Temples 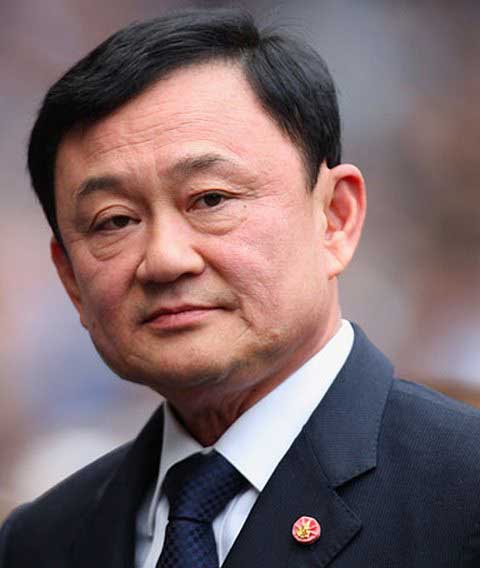 They were closing in on him and he had to leave.

He was becoming too powerful for their liking.

But he was democratically elected.

But a certain population of Thais – the kingmakers – didn’t want that.

This despite the fact he was the first prime minister in the kingdom’s history to lead an elected government through a full four-year term in office. In February 2005, his party was re-elected by a landslide and he established Thailand’s first democratic government without coalition allies.

In the April 2006 polls he won around 16 million of the 28 million votes cast, but this election was declared invalid, the army staged a coup, and he left Thailand.

Trumped-up charges were hurled at him.

The Thais didn’t recognize that he was about the best thing to have happened to them.

They wanted him out.

Peace-loving Buddhists bent on kicking a man when he was down.

And his enemies continue to have a field day abusing Lèse Majesté laws to whack him.

Moralistic Buddhists in a country of contradictions – a country where prostitutes and transvestites sell their wares openly along some streets and live sex acts are performed in bars, a country where pedophiles easily find preys at its beach resorts.

They wanted a good man out.

This despite the fact that he pushed Thailand’s GDP up by an impressive 6 per cent and paid off Thailand’s debt to the IMF ahead of time.

They found ways to get rid of him.

Most recently they even wanted to strip him of his royal awards as well as the rank he held when he was in the police force, ie long before he entered politics.

Maybe they should strip him of the PhD in criminal justice he earned at Sam Houston University in Texas?

Now neighboring Cambodia has appointed him its economic advisor.

And the Thais say Cambodia is interfering with Thailand’s internal affairs.

I am no friend of Thaksin Shinawatra.

But come on Thailand, make up your frigging mind.

He’s the man you didn’t want.

He’s the man you drove out like a vermin.

But many other countries want him.

So Thais, what is it you really want?

Cambodia’s Hun Sen is a boor but what he recently did and said sure touched a few raw nerves huh?