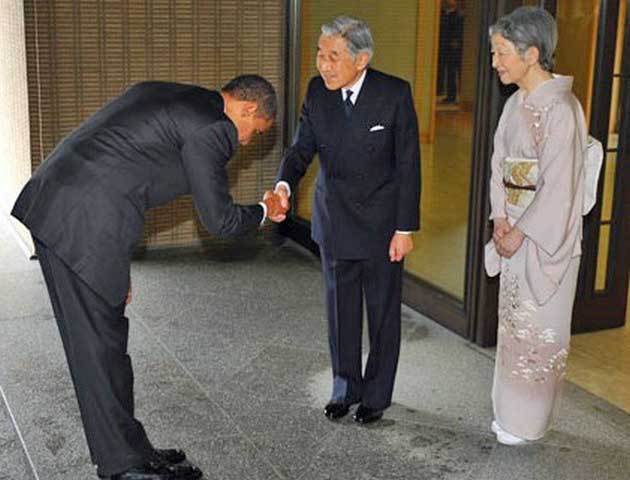 On November 14, within hours of the appearance of the picture above,  President Obama was criticized for bowing to the Japanese emperor. The Los Angeles Times asked “How low will be go?” The Washington Examiner said “Obama bows again – how will the White House explain? This is something the president should explain.”

One ignoramus idiot of the worst kind even wrote: “Here he is with Japan’s Emperor Akihito, bowing almost to the ground like a shogun-era peasant before a guy whose dad bombed Pearl Harbor. Then he followed up the deep bow by jigglin’ his noggin’ like a drunken bobble-head to the Empress. These people don’t even have an economy anymore!”

The President was similarly criticized not long ago when he greeted the Saudi king at the G-20 summit in London last April: 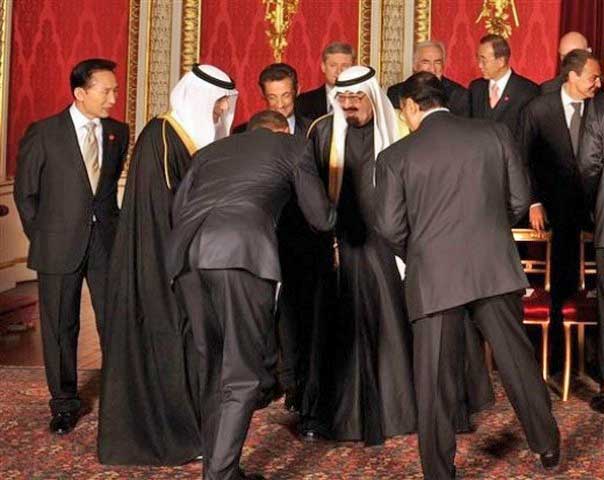 Give Obama a break! He was just being polite and respectful!

The American economy is in deep shit and if its president, by being respectful and courteous, is able to mend ties with wealthy and economically-healthier countries, (ties broken by cowboy Bush and his cronies)  – so that the American economy may be restored and those dumb fucks who wrote those crap can continue holding onto their jobs – then I say, maybe the entire nation of Americans ought to start to try being humble and to start to try to show some respect for others instead of being the loud bullies and know-it-alls that most of them are.

Their president has set a good example.

But I know there are many retards who would rather see pictures like the ones below: 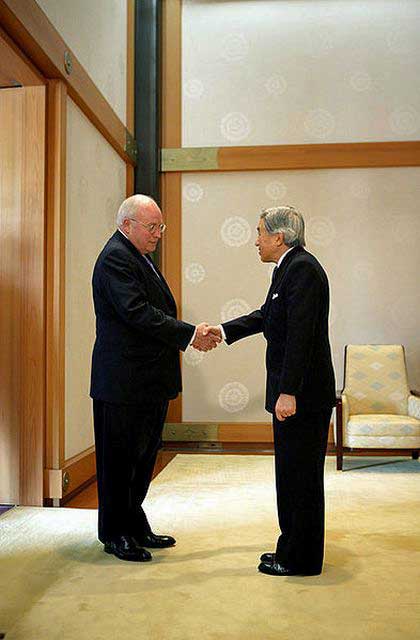 And that famous picture of the ultra egoistic General MacArthur with the previous emperor.  Of course MacArthur considered himself God: 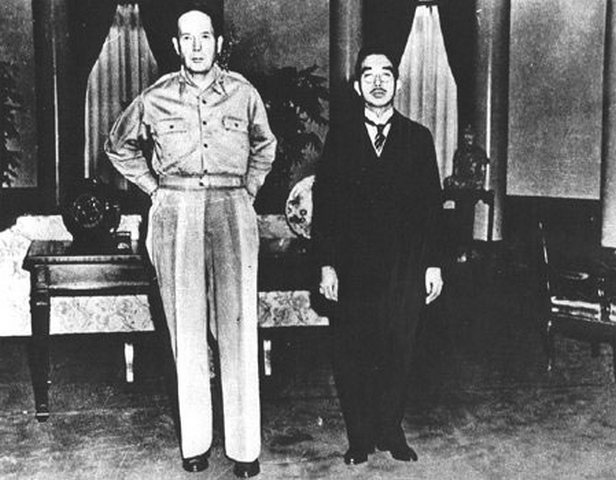 Indonesia’s ex President Suharto being forced to sign an agreement with  IMF January 15, 1988 with IMF chief Michel Camdessus looking over his shoulder: 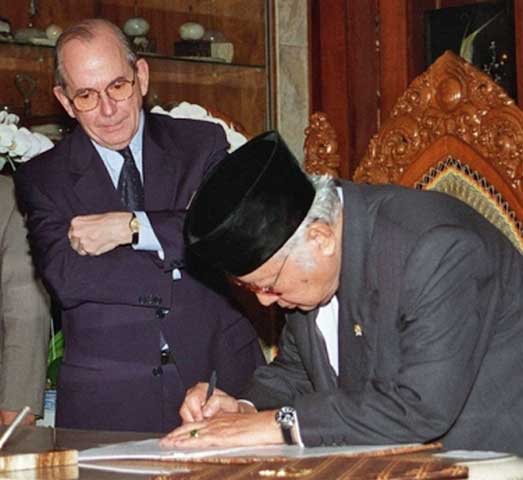