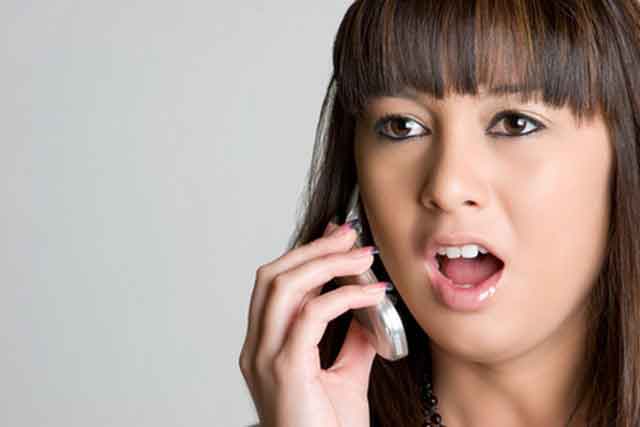 Want a dosage of frustration? Try calling your bank.

The previous year, Singapore performed slightly better with a rating of 68.7 per cent – and high-profile campaigns were launched to improve service standards.

“Service” is a multi-faceted concept and many factors contribute to customer dissatisfaction.

Someone even brushed it aside saying that this is partly due to customers’ rising expectations. Others said job holders possess no pride in service type jobs; some say customers themselves are nasty so how dare they expect good service; yet others blame the influx of language-challenged mainland Chinese in the service industry.

The last time when news about declining service levels hit the press, some consultants and self-styled gurus specializing in that field grabbed the opportunity for self-aggrandizement and wrote to the press with their comments, and subtly mentioned the books they’ve written etc.

The first time I called I was told they will call me back with an appointment time.

I made a second call in the afternoon and was told the same thing – they will call me back.

I called a third time in the evening and was told the same thing – they will call me back.

I finally got what I wanted.

Then the service technician showed up on the wrong day, right when I was in the middle of somebody, er I mean, something, and I had to re-schedule.

When a very grouchy technician finally showed up on the correct day, he arrived five minutes before the window of 2pm to 5pm given to me.

It’s the same with Starhub not long ago.

I had to resort to screaming at the top of my voice  like an uneducated Ah Beng – expletives and all included – before I could get any service.

What is needed is a nation-wide multi-prong approach driven by the appropriate entities, not “FILTH”s and failures with savior complexes masquerading as consultants who’ve done nothing to increase the level of service here.

By the way, “guru” is easier to spell than “charlatan.”