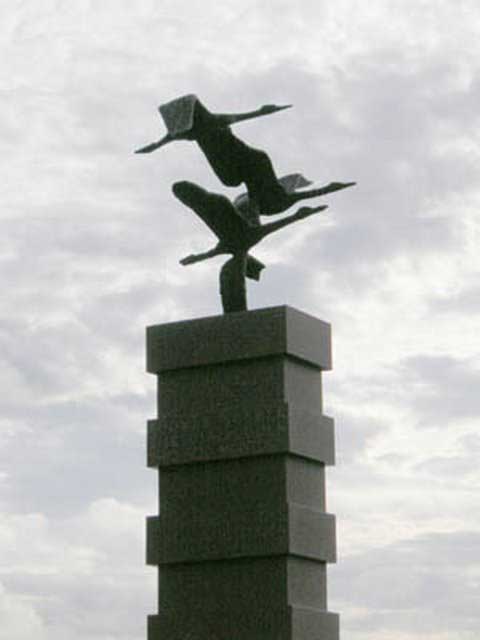 Statue in Hanko, Finland, commemorating the thousands who left to start a new life in the United States.

As you can see from the picture above, Finland even has a statue remembering Finns who have left their homeland.

I’ve not met many Finns in Singapore but we certainly have our fair share of foreigners.

More than one in three people here are foreigners.

Between 1974 and 1982, the foreign population more than doubled from 46,000 to over 100,000. Almost 300,000 foreigners flocked here to take up jobs in the past two years, pushing their population past the one million mark for the first time.

Lately, our government has been reminding us to be more accepting of foreigners.

I’ve worked with foreigners all my life and I don’t have a problem with people who are different from me.

I do, however, have issues with people who are stupid.

In November, I was introduced to someone who has been in Singapore for two and a half years.

The moment he opened his mouth I was able to immediately sense that he is a retard with probably the worst case of EQ and IQ deficiency I’ve ever had the misfortune to meet.

He was criticizing Singapore and Singaporeans, five minutes after he has met me.

He was making some rather disparaging remarks about my country and my fellow citizens.

Imagine – being a resident here, taking a job away from one of us, probably fucking our women blind (he called Singapore “Sin City”), enjoying the safety and security that this place offers, and yet full of criticism for this safe haven that has been his home for the past two and a half years.

There is Chinese saying “yin shui si yuan” meaning when you drink water, you must be grateful of the source.

He said that despite the glossy externals and the apparent prosperity, the internal side of Singaporeans is a different story and that Singaporeans don’t speak up, do not engage in political debates, etc.

He said it to my face.

Well, he wasn’t entirely incorrect, and I’m somewhat glad that he was open and upfront with me.

But although I am a Singaporean myself – one who doesn’t have many nice things to say about his fellow Singaporeans – I still feel a bit uncomfortable when foreigners criticize us.

I feel foreigners ought to make a bit of effort to at least understand the reason why Singaporeans are like that instead of adopting a superior attitude and shooting off their mouths as if they know everything there is to know already.