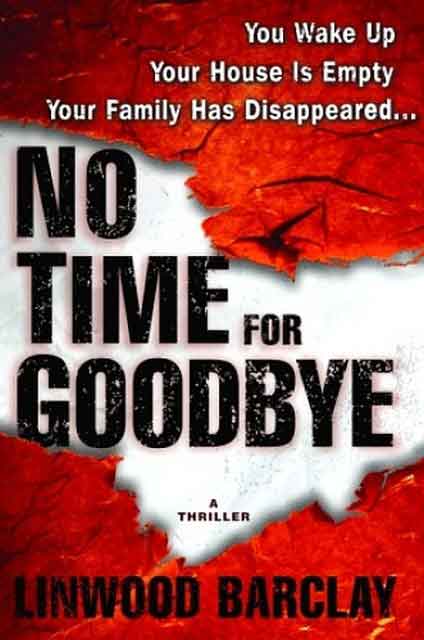 This kept me up all night.

If you haven’t read Linwood Barclay’s books you don’t know what you are missing.

Linwood Barclay was born in the US but moved to Canada when he was only four years old.

In 1981, he joined the Toronto Star, Canada’s largest circulation newspaper.

He held such positions as assistant city editor, chief copy editor, news editor, and Life section editor, before becoming the paper’s humor columnist in 1993. He was one of the paper’s most popular columnists before retiring from the position in 2008 to work exclusively on books.

He wrote a number of books – fiction and non-fiction.

I’ve just read No Time for Goodbye, which was published in 2007 to critical acclaim and great international success. It has been sold around the world and is being translated into nearly two dozen languages. In Germany alone it has sold half a million copies. I’ve also read Too Close to Home as well as Fear the Worst. No Time for Goodbye is awesome, truly, truly an amazing read.  The other two are just as good. But if you’re reading him for the first time, I recommend you start with No Time for Goodbye.

In his email to me Linwood Barclay said “I think my publisher may be sending me to Singapore at some point.

“The next one, Never Look Away, will be along in either the spring, or September. Not sure about the release date in Singapore.”