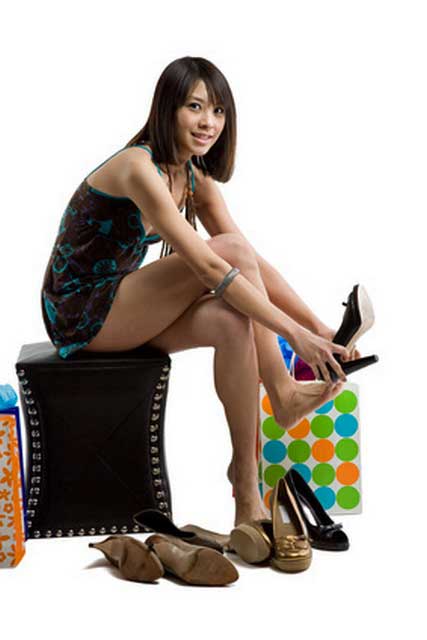 Only the real stuff for me please.

The “Hackintosh” – a PC that has been reconfigured to run Macintosh software – is starting to catch on among Singaporeans.

It may not look like a Mac but it works like one and costs a few thousand dollars less.

Cloned Mac computers have been around for years and are popular in the United States and parts of Europe.

The only catch: Hackintoshes run afoul of Apple’s software licensing agreement, which specifies that Apple software must be used exclusively on “Apple-branded” computers.

They also straddle a gray area when it comes to copyright laws, even when original software is used.

But tech lovers said the low cost of building a Mac clone is an irresistible draw.

A top-of-the-line 8-Core MacPro desktop retails for S$5,288 in Singapore.

A “Hackintosh” – complete with PC hardware and a licensed copy of Apple’s operating system – could cost as little as S$1,000.

If you ask me, I think that’s helluva lousy excuse to own something like that.

Just because a Louis Vuitton bag is costly doesn’t mean it is ok for you to go and get an imitation one.

My philosophy is simple – use the genuine stuff; if you can’t afford it, don’t use a fake.

The other reason is we need to respect intellectual capital. I reacted angrily when a friend sent me a link to watch the movie Avatar free. This is the most expensive movie ever made and some retards have provided the means for people to watch it online free. Now, if you have made a movie which is the most expensive movie ever made in the world, would you like it if you are denied of your earnings? (Besides, that movie is best watched in 3D.) If you have put in blood, sweat and tears to author a book, how would you like it if someone takes a copy, then photocopies thousands more and sell them, depriving you of the royalty you so well deserve?

NOTE: This being Christmas and all, instead of pigging out, shopping and all the rest of it, do spare a thought for the less fortunate. Life’s not all about eating, drinking, traveling and retail therapy. Give some money to help the poor k? While it’s sad that the origin of Christmas has been forgotten by many – who prefer to wish people “Happy Holidays” rather than “Merry Christmas”  – one redeeming fact is that there are still many who remember that this is the time for giving. So please, spare a thought for the less fortunate and give whatever you are able to in order to help make this world a happier place.

Don’t give me this crap about “Happy Holidays” being an appropriate greeting. It was coined as an all-inclusive blanket greeting for the winter period which has several holidays in it: Thanksgiving, Christmas, Boxing Day, Hanukkah and New Year’s Day. This shit started in the US, but hey this is not the US, k. So get real!