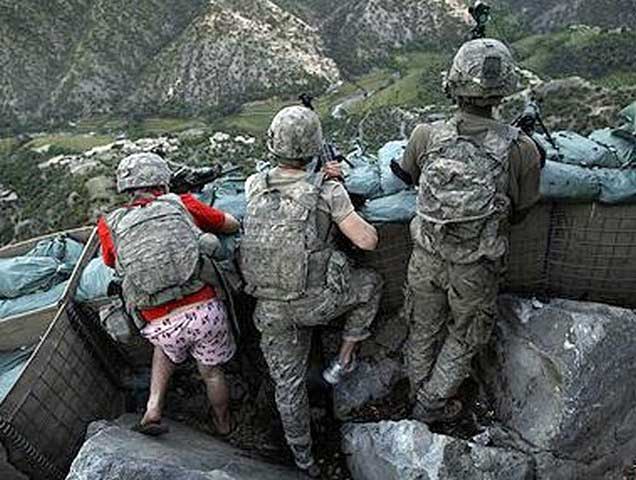 Zachary Boyd, 19, was asleep when enemy fighters attacked his base in the Korengal Valley in Kunar province, Afghanistan.

He had enough time to put on is helmet and body amour but had to dispense with his uniform before joining his comrades in manning their bunker.

Boyd was afraid he would face punishment.

Instead Defense Secretary Robert Gates praised him, saying American soldiers have more than their military might and training on their side in the war in Afghanistan. Some have pink underwear.

Gates assured Boyd that his job is safe.

How do you fight in flip flops?

And what is it with flip flops that make it so popular nowadays?

In my childhood days, flip flops were worn by those who could not afford shoes.

Plus they don’t protect your feet, are very slippery on certain surfaces and wear out fast.

I just think they make you look darn sloppy: 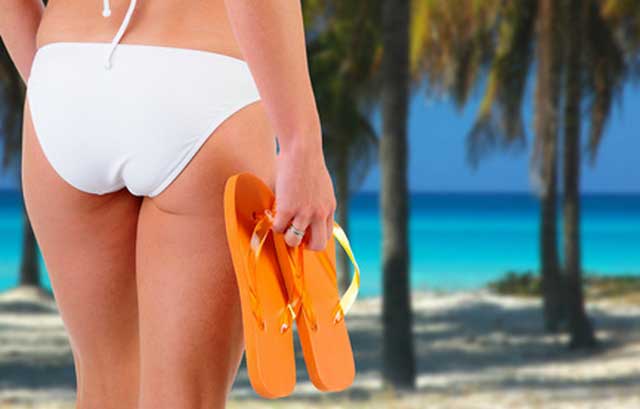 She's welcome but not her flip flops please.