Face to Face with Death 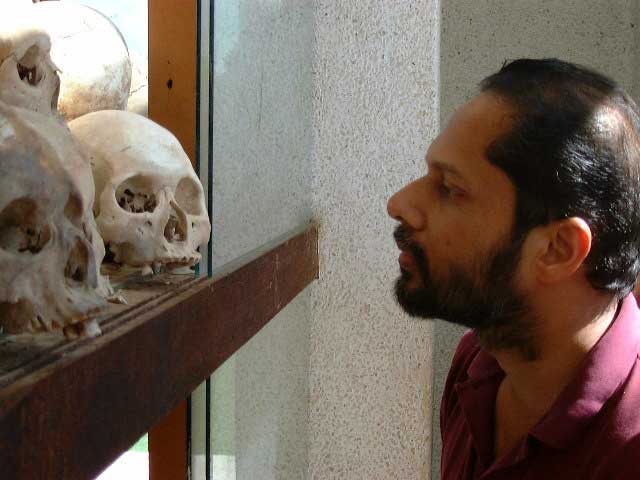 In Chasing Daylight: How My Forthcoming Death Transformed My Life, Eugene Desmond O’Kelly, CEO at accounting giant KPMG, was diagnosed at age 52 with late-stage brain cancer.

He was told he had maybe three months, so he didn’t spend any energy hoping for a cure. True to his CEO style, he created goals for himself, lists of friends to visit for the last time; he meditated; he tried to create as many “perfect moments” that he could, during dinner or phone conversations with friends, and realized how rare those moments of connection and joy were in his “previous life.”

What would you do in the face of death?

The picture above was taken by Prof Pathma of a mutual friend Dr Vai, when the three of us visited the killing fields in Cambodia some years back.

Indeed, face to face with death, what would you do?

The inevitable end will come to us all, we will all fall victim to the looming claws of the grim reaper, but how would we behave?

Alexander the Great, who had conquered land from Macedonia to Pakistan, died at the age of 33, with his boots on, weeping “There are no more other worlds to conquer!”

Winston Churchill apparently muttered, “What a fool I have been!” before dying.

I was told that some prisoners’ hair turned white the moment they were sentenced to death and put on death row; some on the other hand behaved rather nonchalantly.

Perhaps those with a devil may care attitude would say – before their impending death – what Roman Emperor Augustus said on his death bed: “Did I play my role well? If so, then applause, because the comedy is finished!”

Yes, all the world’s a stage isn’t it and if so, better to be a player in a comedy than a tragedy.