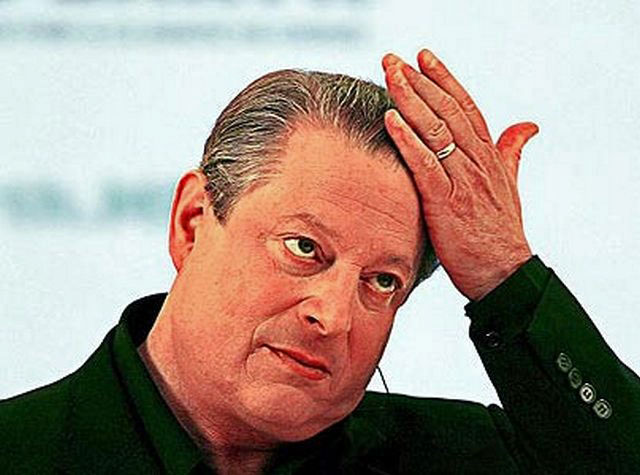 Al Gore’s involvement in environmental issues has been the subject of criticism. Some have cited “conflict of interest,” labeling him a “carbon billionaire.” Others have questioned the validity of his data, such as the High Court of Justice which argued that there were “nine significant errors” in the film, An Inconvenient Truth. In addition, some have criticized Gore for his personal use of electricity, stating that he has large electricity bills.

And I’m sure those leaked emails didn’t help.

Dozens of leaders have just left Copenhagen last month after trying to clinch a deal to reduce carbon emissions and tackle global warming.  On the eve of the summit, hacked emails suggested that some climate scientists had colluded in suppressing evidence that did not support their case. A brief uproar ensued, but it frizzled out eventually.