Take a Stand, One Stand 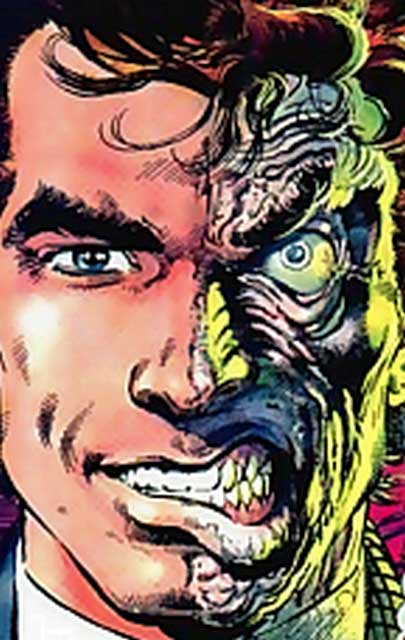 Harvey Dent/Two-Face celebrates them all.

Often, the two holidays Hari Raya and Chinese New Year are very close together so stores would put up ads hawking their merchandise and they would inevitably use greetings like “Kongsi Raya” (combining greetings from two cultures together). Last year, Deepavali was close to Hari Raya and it was “Happy DeepaRaya.”

But I have a question.

I have always been taught, since young, that one has to take a stand, that no man can serve two masters. As old Bush said, “Either you are with us or you are against us” right?

My question is what do you make of a Thai Chinese buddy of mine who puts up a Christmas tree during Christmas and act all Christmasy and then when Chinese New Year is here, the same person would put up Chinesey red cloth banners (making the house look like a darn temple) and act all Chinesey?

I’m not saying ethnic Chinese Christians – though Christians are not the only people celebrating Christmas nowadays – should abandon their cultural practices, I just wonder about such behavior, that’s all.

I’m not judging this person or anything like that – I’m just puzzled.

And I don’t think this has anything to do with being multi-cultural.

I’m inclined to think that this is yet another ?? of the wu liao.

By the way, Christmas and Chinese New Year are not the only holidays “celebrated” by this person.

You should see what happens during Loi Krathong and Songkran.