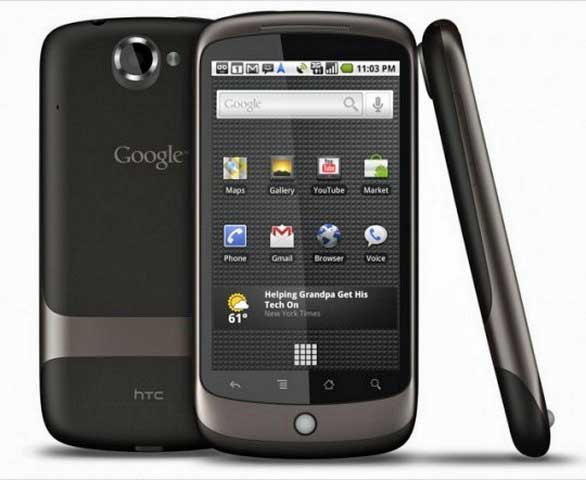 I use SMS more than actually speaking on the phone; I’ve used the iPhone before but using it to type text messages drove me nuts so I gave the phone away. I’ve stuck to my BlackBerry so far. On the 2nd of this month, I woke up to the realization that I’m not being paid enough money to have my work-related emails pushed into my handheld 24/7, so I ditched my BlackBerry, a trusted companion since 07.

I’ve switched to the Nexus One, the Google Android phone, the smartphone launched by Google in a direct challenge to heavyweight Apple’s iPhone handsets, billing it as a “superphone” and the next step in the evolution of its Android software.

Google worked with Taiwanese electronics titan HTC to make the Nexus One handsets, sold exclusively from the internet company’s online shop at google.com/phone.

The Nexus One display is sharper and the processing faster than the iPhone, while innovative speech-to-text software lets people dictate email or text messages. And it’s got the best predictive text input in the market.

But what is amazing is this – if you use Google products (and who doesn’t nowadays?) all you need to do is to enter your Gmail user id and password when the phone starts up and Voilà! everything’s synced – your contacts, your Gmail, your GoogleTalk, Picasa Web, Google Calendar, and all other Google apps.

And talking about apps there are literally tons of third-party applications that are available.

Also, the Nexus One runs atop the much-hyped, rarely seen 1GHz Snapdragon CPU from Qualcomm. The phone also has 512MB of internal flash memory and comes loaded with a 4GB card, but is expandable to 32GB and the 1400 mAh lithium-ion battery is removable. Try doing that with iPhones!

The Nexus One has everything the iPhone doesn’t have. Plus it’s scratch resistant too.

It is intuitively easily to use; there are no thick instruction manuals to plow through – all instructions are on a small little card.