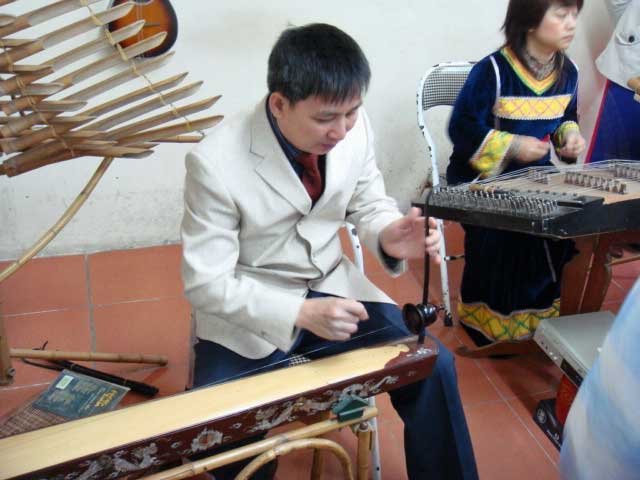 One string to rule them all.

The dan bau or monocord is a single-string instrument unique to Vietnam.

By using his left hand to tweak the string’s tension, the musician, using a plectrum in his right hand, can produce a remarkable range of tones and effects stretching over three octaves.

Imagine it only has one string!

“The music of the dan bau should be solely for the pleasure of its player. Don’t listen to it if you are a young woman.”

This warning (probably coming from vigilant parents wishing to protect their daughters from the emotional appeal of love songs played on this instrument) gives an idea of the power and charm of its music.

If one sound had to be chosen to evoke Vietnam, for many it would be the sound of the dan bau as it is one of only two – the other one is the four-string lute called the dan day – traditional musical instruments of purely Vietnamese origin.

If you think the Chinese erhu, with its two strings, is something, wait till you hear the music from this one-string wonder, the dan bau.