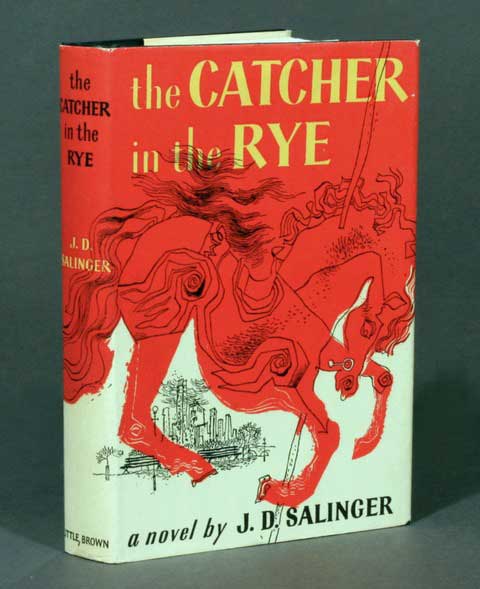 JD (Jerome David) Salinger was born in New York on January 1, 1919, son of a Scot-Irish Protestant mother and a food-importing father who was the son of a rabbi.

In 1951, his Catcher in the Rye was published. Breaking new stylistic ground in its use of irony and the vernacular, the book was rapturously received and quickly attained cult status for its exploration of existentialism; it influenced generations as few others have.

Reading it became a rite of passage for young people. But the book’s success turned Salinger off. At the height of his fame, of his own volition, he went into seclusion, protected by the 90 acres surrounding his house, a house bought with the royalty he earned.

He became odd, asking his publisher to remove his photograph from later editions but reclusive as he was, he took up with four women at different times of his life, and ventured outside – mainly to courtrooms to prevent republication of some of his earlier works, head off an unauthorized biography, and most recently, stymie an unwelcome Swedish sequel to Catcher.

In my mind, Salinger joins Harper Lee as one of those authors who turned reclusive after their success.

(Nelle Harper Lee – born April 28, 1926 – is an American author known for her 1960 novel To Kill a Mockingbird. Legions of fans are still waiting for her second book, but she has kept silent since.)