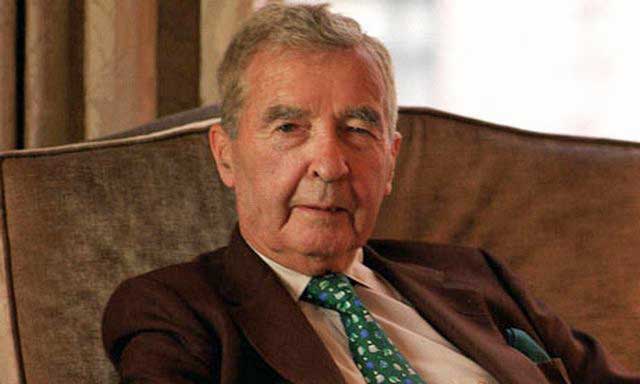 I must have read every single one of Dick Francis’ over 40 books. Born Richard Stanley Francis in1920, the retired champion jockey’s books have kept me entertained and thrilled since my younger days.

He passed away on Valentine’s Day, at age 89.

Here’s the message from his family:

It is with great sadness that the family of Dick Francis announced today that the bestselling writer has died at the age of 89.

Felix Francis says: “My brother, Merrick, and I are, of course devastated by the loss of our father, but we rejoice in having been the sons of such an extraordinary man. We share in the joy that he brought to so many over such a long life. It is an honour for me to be able to continue his remarkable legacy through the new novels.”

Dick’s beloved wife, Mary, to whom he was married for 53 years, died in 2000. His two sons, Merrick and Felix (with whom Dick wrote his last four novels), survive him, as do 5 grandchildren and 1 great grandson. There will be a small funeral at Dick’s home in Grand Cayman, followed by a memorial service in London in due course.