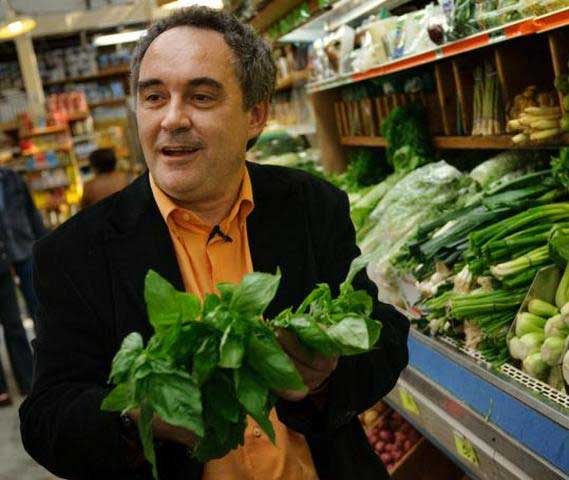 elBulli, on Spain’s north-eastern Catalan coast, repeatedly crowned the world’s best restaurant, will be closed for two years from 2012, its chef Ferran Adria said on January 26, citing fatigue and a need to perfect new recipes.

“No meals will be served in elBulli in 2012 and 2013,” said the controversial guru of avant-garde cuisine and creator of “molecular gastronomy” at the Madrid Fusion gastronomic fair. He appeared tired and fatigued and said that working 15 hours a day “difficult.”

“But elBulli is not closing down. These are not two years on sabbatical. I need time to decide how 2014 is going to be. We want the year 2014 to stand out and I know that when I return it will not be the same.”

A statement on the restaurant’s website added that “these two years will be devoted to thinking, planning and preparing the new format for subsequent years.”

It is said that a visit to elBulli requires a willingness to suspend the reality that eating is a basic fundamental of life, something we do in order to survive. There is little about a meal here that bears any relationship to notions of eating for living. It’s an experience that will give you sensual and intellectual pleasure, as far removed from eating to live as reading Kafka is to following a set of instructions on how to program a video recorder. The connection is there but it’s not immediately obvious.

Gourmets the world over reserved sometimes years in advance for a table in the establishment, where about 30 avant-garde dishes are available on a menu for a price of about 200 euros.  More than two million people apply for 8,000 reservations each year. (The restaurant is closed from January to May each year.)

Now they have to wait even longer.