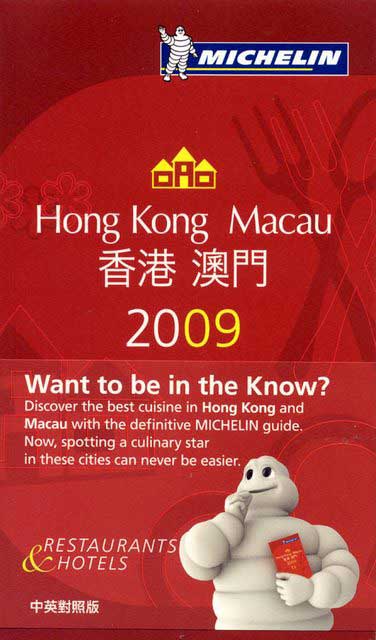 Chefs who got downgraded in restaurant guides have been known to kill themselves.

In 2003, Bernard Loiseau, one of France’s most celebrated chefs has apparently committed suicide after his flagship restaurant Cote d’Or, in Burgundy, was downgraded in GaultMillau restaurant guide.

At that time Loiseau was also one of only twenty-five French chefs to hold Europe’s highest culinary award: three stars in the Michelin Guide.

Earlier that year, the GaultMillau guidebook had downgraded him from nineteen points out of twenty to seventeen, and an article in Le Figaro suggested that La Côte d’Or was close to losing its third Michelin star.

Maybe that’s why chefs like elBulli’s Perran Adria has turned his back on these stars.

Adria said last month he will hand back his stars.

France’s Joel Robuchon gave his up in 1996 and was the first to do so.

No wonder publishers of the Michelin Guide who hands out these stars are getting active in Asia nowadays.

The guide awards one to three stars to a small number of restaurants of outstanding quality. Stars are awarded sparingly; and almost always controversial.