More than 30 years ago I had a couple of Kiko pipes made in Tanzania by the Tanganyika Meerschaum Corporation Limited – each pipe is covered with leather and its bowl is lined with Amboseli block meerschaum.

In East Africa Meerschaum is found in Tanganyika, once known as German East Africa, and since 1964 part of the United Republic of Tanzania. The main deposit comes from the Amboseli basin surrounding the Lake Amboseli.

I’ve been looking for another Kiko for the longest time. (The word means “pipe” in Swahili.)

I suspect the Tanganyika Meerschaum Corporation Limited no longer exists.

Recently a close friend found a brand new, unused Kiko online and purchased it for my birthday; what a beauty! 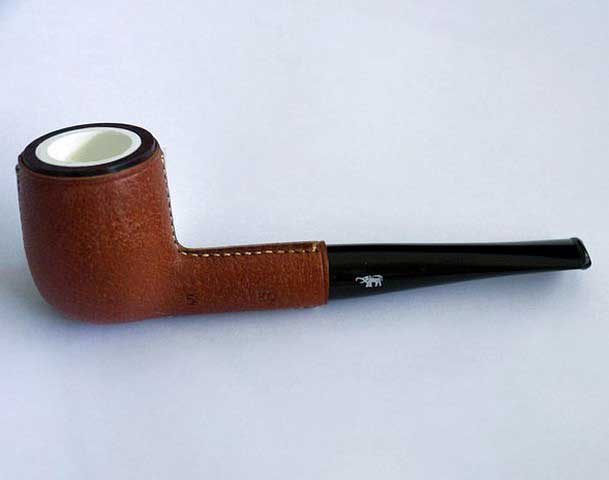