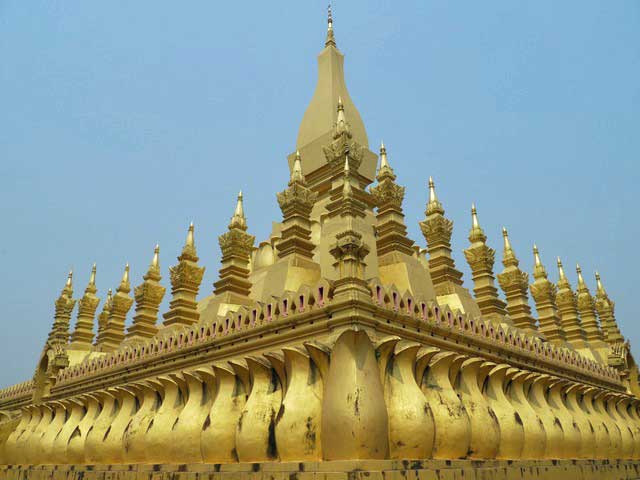 The golden Stupa That Luang in Vientiane is the biggest and most magnificent in all of Laos.

It is said to contain a hair from the Buddha.

The best time to see it is during sunset, with the sun’s rays causing the stupa to glow like like a magnificent golden orb.

Women selling honey near the stupa: 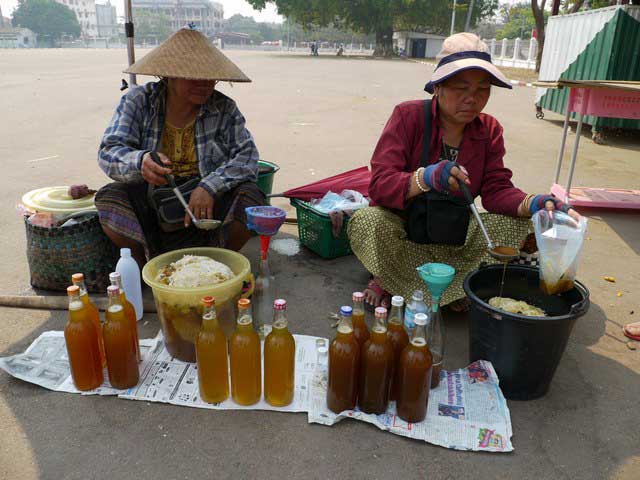