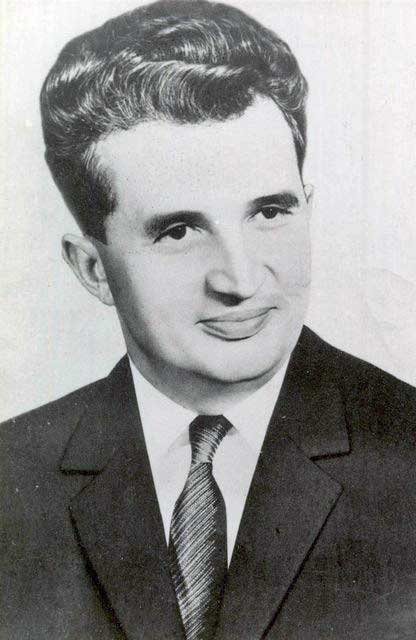 Nicolae Ceau?escu – he set a fine example for the likes of Ionescu and Coseru.

Recent behaviors by a couple of Romanians in Singapore have given the impression that this is still predominantly a country of lying, cheating retarded gypsies.

Last December December Romanian diplomat Silviu Ionescu killed a pedestrian in a hit-and-run accident. He then told a bunch of lies and fled Singapore.

Next, after the coroner’s hearing not long ago, Romania’s interim charge d’Affaires of here, a moron by the name of Alex Coseru, asked for another set of documents from the Singapore government, saying that he did not know that those given to him during the hearing were for his retention.

Did he think the documents were for wiping his ass? Or was that a Kafkaesque attempt at delaying the wheels of justice?

So our Ministry of Foreign Affairs has again given Romania a full set of the documents and photographs presented at the coroner’s hearing.

When providing him with the documents and photographs, MFA said in a statement it made it clear to Coseru that he was given the documents in the first place as he was Romania’s official representative in Singapore and the documents were for his government’s use.

Where in the world did Romania get diplomats like that?

Maybe they all took their cues from one-time Romanian president Nicolae Ceau?escu.

When Nicolae Ceau?escu was host of then French president Giscard d’Estaing, he stole everything that wasn’t bolted down in the guest residence for visiting heads of state.

By the way, following the inquiry, Singapore has drawn up 13 charges to be brought against Ionescu.

Ionescu, however, has dismissed the coroner’s findings and has also cast aspersions on the Singapore judiciary, calling the verdict “bullshit.”

The coroner said that Ionescu not only did he not have the “human decency” to stop and help the accident victim after hitting him; he even had the “audacity to slow down his car and wind down his window to scold the eyewitness who was trying to stop him from fleeing the scene. In my view, there can be no argument that the driver’s conduct was not only cowardly and irresponsible to say the least, but utterly deplorable.”

An arrest of warrant has even been issued against Ionescu.

All this time, it is thought that Ionescu enjoys diplomatic immunity and cannot be tried.

But that has changed because Singapore now says that Ionescu does not in fact enjoy diplomatic immunity because based on Article 39.2 of Vienna Convention on Diplomatic Relations, a diplomat loses immunity for non-official acts when his posting ends and he leaves his host country.  At the time of the accident, Ionescu was using the embassy vehicle in his private capacity and for his private purposes said the MFA in a statement on April 15.

Romania’s rebuttal is that there are no extradition treaty between our two countries.

In other words, he’s still likely to get away with murder.

Where are the Mossad hit squads when you need them?

I wonder if we could outsource a contract to them? If informing the Interpol and ranting about Ionescu being a coward are not just acts to assuage an angry citizenry then Singapore should seriously consider other options to nail and liquidate him  – even covert, cloak and dagger ones.