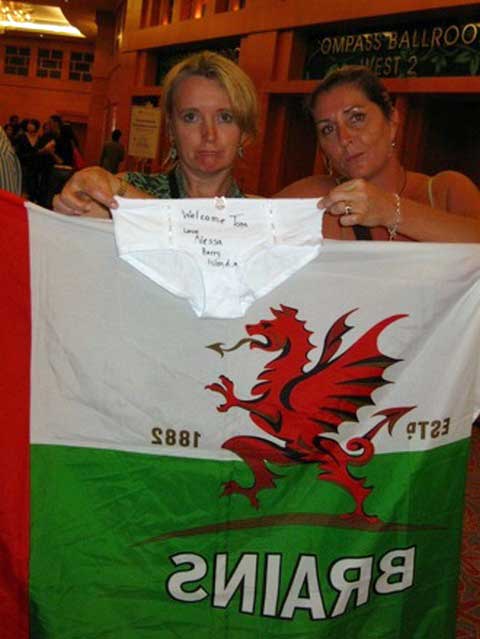 They had to bring these back home now.

Tom Jones, 69 came to perform in Singapore on March 26. A tired-looking Jones came on stage a full 15 minutes late but just after two songs, walked away because he couldn’t continue.

There were 4000 people in the audience. Some paid nearly 400 bucks each to see him.

Some were asking not only for their money back but also to be compensated for their hotel stay, and airfare, because quite a few of them have flown in from overseas to see his gig.

Some women even prepared panties to throw at him.

The Singapore performance was rescheduled to April 1.

But on the appointed date and time, there was no show from Tom Jones.

It is pathetic to see old has-beens with very little left to offer continuing to come back to milk their star-crossed fans.

I say, slap them with a class action suit or two and see if they will continue to make suckers out of their fans.