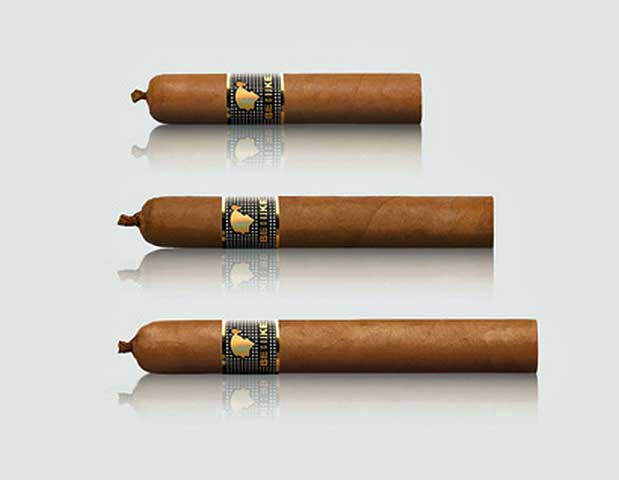 In its early years Cohiba was a Cuban state gift reserved exclusively for heads of state and diplomatic delegations.

To celebrate the 40th anniversary of Cohiba, a Cohiba Behike cigar was launched in 2006 – an aromatic pleasure that is 7.5 inches in length and 52 rings in gauge, it quickly became the most expensive cigar in the world. Only 100 boxes of 40 sticks each were made. Priced at US$20,000/- per box, all stocks were sold out even before production began. (On the resale market, connoisseurs are prepared to pay up to three times the original amount – that’s a lot of moola for something which goes up in smoke.)

Now three new Behikes are soon to be made available to the public! Of course they are not quite the same as the 2006 ones! But they are still fantastic cigars!

Considered “Cohiba’s best kept secret” these new Cohiba Behikes will be produced with the best Cuban tobacco coming from San Juan y Martínez DOP (Protected Denomination of Origin) and San Luis DOP, inside the Vuelta Abajo Region DOP in extremely limited quantities in the prestigious El Laguito factory. Its blend incorporates for the first time the Medio Tiempo, a leaf that attributes to the cigar exceptional character and flavor.

Each of these new sizes are presented in an exclusive lacquered box of 10 cigars with a distinctive, modern new black band that incorporates two security holograms .