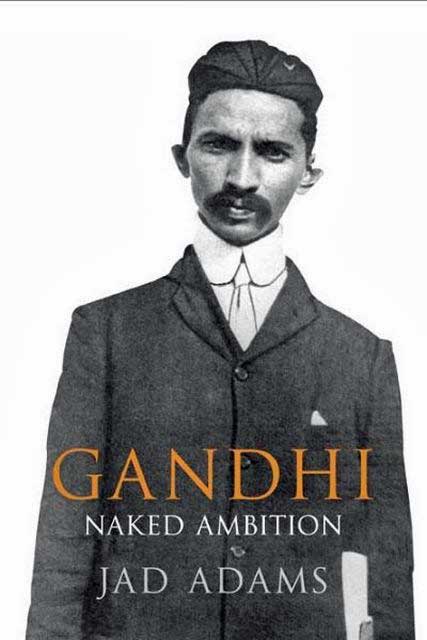 Apparently Mohandas Karamchand Gandhi’s sex practices were commonly discussed when he was alive but after his assassination in 1948, the details were suppressed in his elevation to the stature of national icon.

More than 60 years after Gandhi’s death, Adams has gone through hundreds of pages of his writings and eyewitness accounts to build a behind-closed-doors picture of a man considered both a saint and the father of the nation in India.

It delves into the intimate life of the sex-obsessed Mahatma – the title “Mahatma” is Sanskrit for “Great Soul” – whose famous vow of chastity did not prevent him from sleeping with naked women and conducting bizarre sex “experiments.”

That his weird attitudes to sex were censorious and unusual is well known. He wrote of his disgust at himself for having intercourse with his wife Kasturba, aged 15. (They were married when he was 13 and she 14.)

In later life, having fathered four children, he forbade even married couples in his ashram retreats to have sex and lectured men on the need to take a cold bath when they felt lustful.

But he was a contradictory person, and his sexual peccadilloes are well known. He bathed with and slept with naked teenage girls – including Sushila Nayar, who later became his personal physician, and his nineteen-year-old grandniece Manu as well as Abha, the eighteen-year-old wife of his grandnephew. He said he did all that to learn to fight temptation. Wives of men in his ashram were called upon to share his bed, even though they were forbidden to sleep with their husbands. He was always seen with young women. In fact when he was assassinated he was with Manu and Abha – he called them his “walking sticks” – whom he slept with constantly and from whom he received massages in the nude.

The book has been released in Britain and will be available soon in India, where it is bound to make waves in a country where Gandhi’s image is fiercely protected and a source of national pride.

But it’s reassuring to know that Gandhi was human, after all.

We would expect no less of such an ambitious man, coming from the land that gave the world the Kama Sutra. 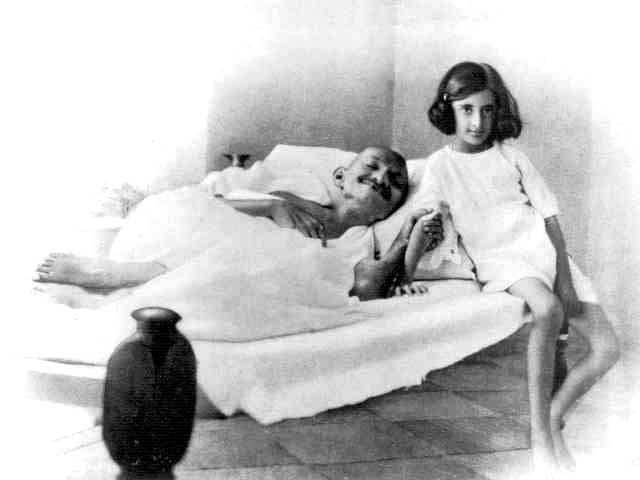 The Mahatma with Indira, daughter of his friend Jawaharlal Nehru.