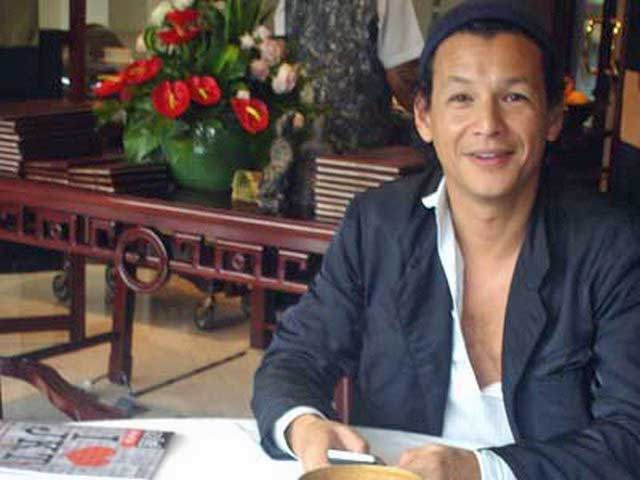 When I first saw Bobby Chinn on TV I muttered to myself “Lucky this idiot is not my son, otherwise, I’ll slap him right back into his mother’s womb.”

I thought the half Egyptian, half Chinese cook, born in New Zealand,  is a bit of a jerk with an inflated ego; someone who thinks he’s a real funny guy the whole world should learn to really love. His wisecracks are anything but funny and he looks like one of those Amerasian kids – bastard street kids roaming the streets of Vietnam; kids who have no idea which American GI copulated with their mother.

Well, Chinn is anything but that – he was born to an American Chinese father and an “aristocratic” Egyptian mother, (his maternal grandfather was Egypt’s ambassador to England so he claimed), he has a BA in Finance and Economics, worked in the securities industry but decided that his true calling was to be a cook so he worked in several restaurants before deciding to venture out on his own.

Thinking that the restaurant would probably be nothing but Oriental kitsch, I’ve always avoided eating at Bobby Chinn’s but this last trip to Hanoi from April 14 to 17, I decided to check him out.

The whole Bobby Chinn concept is very Bobby Chinn – you get three emails reminding you that you have a reservation and after your visit they email you a picture of you stuffing your face in the restaurant. Any retard would be wowed.

When you arrive at the award-winning restaurant – which is also his house, Chinn lives upstairs – you would think you’ve just stepped into a Chinese bordello of the last century – there are three silk-lined dining rooms each with garish paintings (all for sale – the paintings, not the rooms, idiot) and red rose flower petals are scattered on the tables, and tiny Vietnamese lanterns with flickering candle lights are placed everywhere – a little eerie actually: 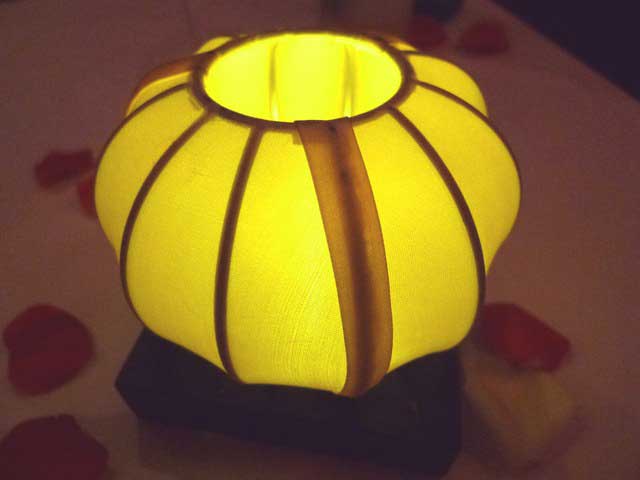 But I can imagine how all these embellishments would play to the minds of foreigners new to the Orient. Indeed the Chinese brothel look is kinda overwhelming – it’s a visual feast and you half suspect a teenage Zhang Ziyi to show up naked anytime. 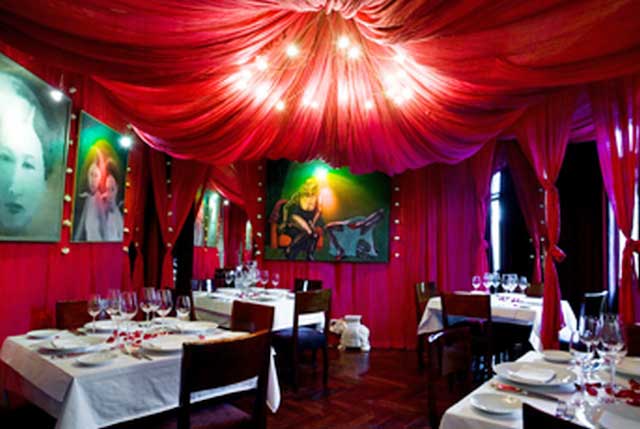 Not that any embellishment is needed because truth be told the food wasn’t all that bad, really. This despite some really negative reviews online.  I didn’t want any of the fusion crap so I had filet mignon for main course – it was really nice and crème brûlée for dessert but it was the hors d’œuvre that impressed me – crab served three ways in an appetizer called “crab trio”: 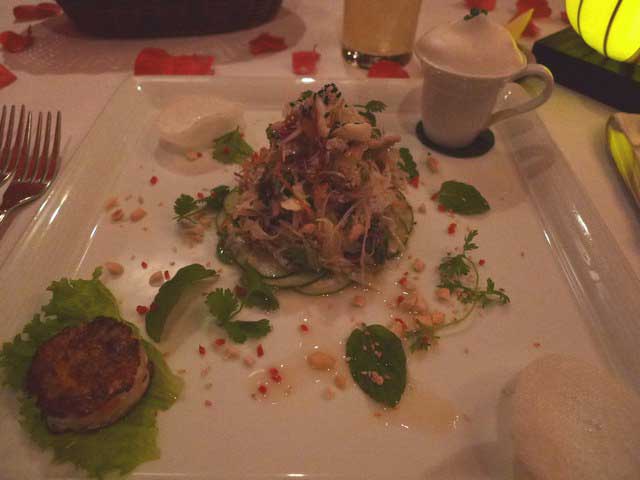 The menu was funny – and he would sell you an autographed copy, so very Bobby Chinn – and when I read all the rubbish he was spouting – with the help of a magnifying glass supplied to old farts like me –  again I wanted to slap him right back into his mother’s womb but I don’t think it would have happened because Chinn’s cooking would have persuaded me to forgive him for behaving like a clown.

In fact I was so forgiving I bought two copies of his cookbooks – one for the Loh Foundation’s library and one for a book-collector-chef-wannabe friend. Autographed of course, by Hanoi’s funniest joker, the one and only inestimable Bobby Chinn. Guess what, I actually like that son of a bitch!