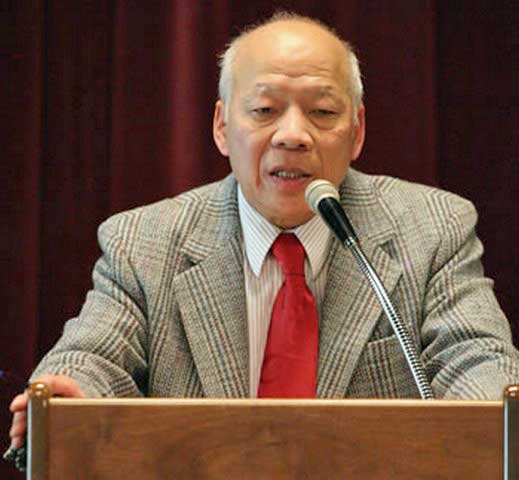 Khamkeo was born in the city of Pakse, in southern Laos, but left his homeland at the age of seventeen to study in France.

Thirteen years later, in 1973, he returned to Laos, having recently completed a doctoral degree in political science at the University of Toulouse.

Eager to help his country recover from the devastation of the Vietnam War years, he joined the Ministry of Foreign Affairs, where he continued to be employed after the communists seized power in December 1975.

In 1978 he was assigned to work with Interim Mekong Committee, an inter-governmental organization that focused on the development of water resources and consisted of representatives from Laos, Vietnam and Thailand, and was subsequently appointed the executive secretary of the Lao National Mekong Committee.

He was arrested on the evening of June 1, 1981, at the home of the president of Lao Mekong, with whom he has argued in the course of a business meeting. He was subsequently accused of entirely fictitious crimes and spent the next seven years, three months, and four days as a political prisoner under the most inhumane of conditions.

During that period he had no idea what has happened to his wife and four kids. They too received no news from him.

It was a difficult incarceration and prisoners were subject to some extremely cruel punishments by some very sadistic guards. Once, the prisoners even saw one of these inhuman guards raping a dog!

Most of the time, all the prisoners had for meals was a lump of sticky rice with salt.

It was a very painful book to plow through and a very gut-wrenching read.

In September 1988 the Laotian government chose to release Khamkeo from prison, and he was able to return to his family in Vientiane.

His safety was by no means guaranteed, however, and in March 1989 he, his wife, and their two daughters fled Laos.

After spending two months in Thailand, they arrived at the United States, where Khamkeo was reunited with his two sons, who had left Laos prior to his release.

Today, he works as a behavioral health counselor at Oregon Health and Science University, in Portland.

He lives with his wife, Vieng, in Vancouver, Washington. They now have three grandchildren.

It was after leaving Laos that Khamkeo began work on the manuscript – initially in French – that would become I Little Slave. “Deep in my soul,” he writes, “I had come to understand that if someone witnesses a great wrong and fails to speak out, he loses his place as a righteous man. And so I found my reason to survive and the purpose for my existence: to bear witness.” 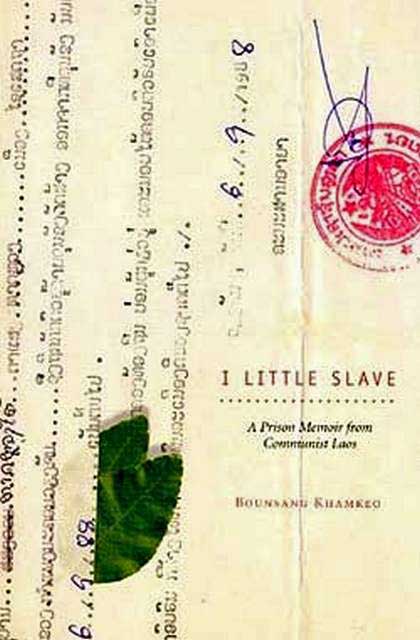 One of the few English books about Laos.

In pre-Revolutionary Laos, when people addressed someone older or of higher status, they referred to themselves as “I little slave” hence the title of this gripping book.